​You can’t secure what you can’t see. And when talking about something as critically important as digital transformation, that lack of visibility can be catastrophic. The threats faced by business are increasing rapidly: the 2018/19 BDO-AusCERT Cyber Security Survey​ of 500 Australia and New Zealand businesses found the incidence of theft and data loss incidents increased by 78.7 per cent in 2018.

Capitalising on IoT in 2019

​Organisations across ANZ are looking to capitalise on the IoT opportunity but some are citing challenges associated with security and data analytics. Getting on top of the security landscape

​“The sales people and engineers are already talking about who will team up with who next year,” according to Accucom owner, Sam Sarkis. As one of the winners of the Arrow APEX channel program for 2018, Accucom found success by partnering its sales and engineer staff, and then encouraging productive, friendly competition between them. “We look at Arrow as a partner, not just a distributor. The support it provides is extensive. In addition to helping my team get their certifications in a more timely manner than having to do it themselves, the Arrow team itself has been a major resource both in terms of technical support and pre-sales assistance.”

​Since its inception in 2007, TeleApps has become a rising star in the Australian communications space. Delivering corporate telephony, unified communications, collaboration, corporate networking, security, telco and WAN services, TeleApps operates in one of the most mission-critical technology spaces to Australian businesses - if the communications platforms go down, the entire business suffers. Staying On Top Of The Game With Arrow APEX

The Jag Group founder and CEO, Torien De Jager, says the Arrow APEX program has helped the company end-to- end, from providing the core benefits of certification and enablement through to bringing additional ‘fringe’ benefits into the organisation, such as in incentivising staff to higher performance and developing new business relationships.

Five reasons to choose Arrow as your HPE distributor

As HPE’s fastest growing value-added distributor, Arrow has the right mix of solutions and services to grow your HPE business 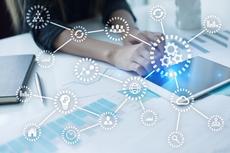 Why IoT Demands a Holistic Approach 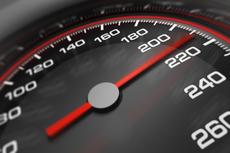 Gaining Competitive Advantage Is About Investing In Knowing More

Part of the Arrow APEX program, which equips resellers with competitive advantage in selling HPE technology, is the rare opportunity to go and see that technology in action. Arrow has partnered with Microsoft to deliver cloud solutions quickly and securely. But cloud security is just the beginning. How Close Partnership With A Distributor Can Enhance Competitive Advantage

Winning competitive tenders often comes down to resourcing. BES IT found that in being part of a comprehensive distributor program, it gained access to the resources that it needed to stand out in the most competitive conditions 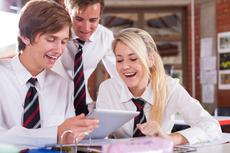 Why succeeding in education requires a real understanding of the vertical, and a genuine concern for the students The acquisition of SimpliVity by HPE has been a major win for the Australian channel, with a school in Tasmania becoming one of the first worldwide to adopt technology from the newly-minted partners. 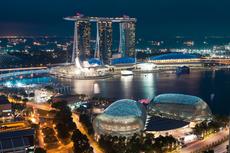 This sleek and powerful program promises the glory of F1 and also delivers on this promise to their winning partners with the top four partners being flown to Singapore in September to attend the Grand Prix.