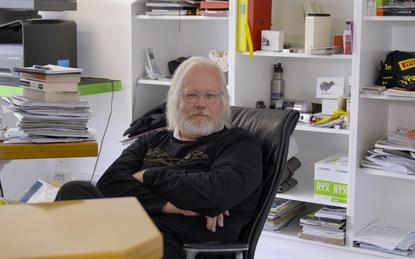 Dicker Data has completed its $74 million mega-warehouse and office space 18 months after selling its previous facility.

The new 29,000sqm centre at 238 Captain Cook Drive in Kurnell replaces and doubles the size of the distributor’s former 15,000sqm facility.

The site will house 351 of Dicker Data’s 458-strong workforce while also providing a configuration centre for vendors and partners.

Dicker Data sold the former site, located next door at 230 Captain Cook Drive, for $36 million at the end of 2019 in a bid to bring down its debt and build the new warehouse.

The distributor first moved to the site in 2010, making it the fourth warehouse since the company originally formed in 1983.

In a statement, the distributor called the completion a “pivotal moment” in its history that will “significantly” facilitate the next phase of growth.

CEO and chairman David Dicker meanwhile called the former site at 230 the distributor’s first purpose-built facility that allowed the company “to incorporate a vast amount of knowledge built up over the previous 30 years”.

“When we started 230, I felt sure it would see us, or at least me out, but in just 10 years we hemmed in,” Dicker explained. “Fortunately, we had been able to buy the much larger land next door and again planned a completely new facility, again learning from the mistakes made at 230, like offices at both ends of a 300m long building. I don’t know what the future holds but with our new place at 238 we are well set-up to meet it.”

The completion follows Dicker’s latest financial results, which saw it post $2 billion in annual revenue for the first time, despite a year of challenges thrown up by the COVID-19 pandemic.

David Dicker announced his plans to push the company towards a record $2 billion revenue for FY20 despite only beginning planning in October the previous year.