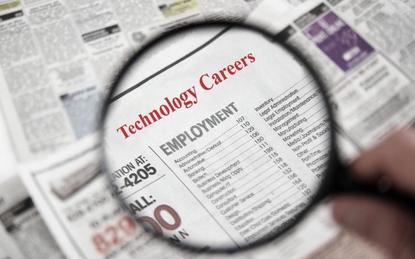 Jobs in the Australian IT sector have suffered under the global pandemic, experiencing a year-on-year decline of 22 per cent in new ads during January 2021.

According to job advertisement website SEEK’s A Year On report, this makes it one of the slowest sectors to recover during the last 12 months.

This is roughly par for the course across some of Australia’s major capital cities, with SEEK recording year-on-year declines for the three months to January 2021 of 21 per cent in NSW and 23 per cent in both Queensland and Western Australia.

Victoria's IT job ads were hit a little harder with a decline of 28 per cent in Victoria, whereas South Australia managed to weather the storm somewhat, noting a job ad listing decline of 12 per cent.

Meanwhile, the balance of full-time roles versus contract and temporary roles in IT during the pandemic didn’t change much when compared to before the pandemic, as 2020 saw 58.2 per cent of advertised jobs listed as full-time, while 41.8 per cent were temporary-part-time or casual.

This is only a 0.2 per cent difference when compared to 2019, when the split was 58.4 per cent for full-time positions and 41.6 per cent for temporary, part-time or casual positions.

The slow recovery forecast for the IT sector comes as SEEK claimed that job seekers are currently more selective when applying for roles. According to the site, job seekers applying for roles were 10 per cent lower year-on-year as of December 2020, while applications per ad were unusually higher before the pandemic.

The report also found that April was the lowest point of the last 12 months for job ads, which recorded a month-on-month decline of 49.8 per cent, as well as a 64 per cent drop year-on-year for the period of February 2020 to January 2021.