Lenz will stay until a replacement is found 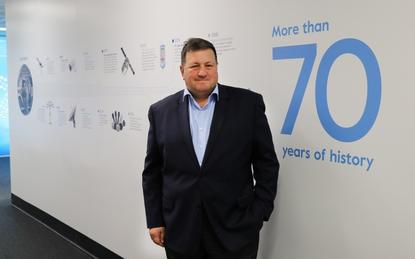 After almost five years in the top role as CEO and managing director for Hills, David Lenz will be retiring from his role.

Lenz first joined the publicly listed company as its COO and then moved into the top role in September 2016. Lenz has racked up more than 20 years experience in the IT industry, previously spending seven years with Ingram Micro.

“It has been a privilege to lead Hills over the past five years as we have worked to transform the company,” Lenz said. “Notwithstanding the issues and challenges the business has experienced during the COVID-19 pandemic, it is well positioned to drive future growth with a sharpened focus and strong balance sheet.”

Lenz will remain with the distributor until a replacement has been sought to “ensure a smooth and orderly transition to a new CEO in the next financial year,” Hills told shareholders.

“Among his achievements, David has overseen a significant reduction in Hills costs structure, the turnaround of our Health business to a profitable growth engine for the company, and the streamlining of our distribution business, which included the successful divestment of underperforming businesses” Hills chair, Jennifer Hill-Ling said. “Until his departure, David will be working constructively with the Board to maximise returns in the second half of FY21.”

In November the distributor revealed staff numbers had shrunk as a result of its restructuring efforts.

It was one of several steps the company took to minimise the impact of the disruptions caused by COVID-19.

“With the advent of COVID-19, whilst there was no play book, we focused on a number of key areas in order for the company to come out the other side of the pandemic in the best competitive shape possible,” Lenz told shareholders at the time.

Along with working to improve its balance sheet to reduce debt and manage its cost base and cashflow through the period — leveraging government, landlords and staff support in the process — the company also made some changes in its distribution business.

Lenz revealed the restructure came at a cost of [A]$1.2 million, resulting in 39 people leaving the organisation and expected to deliver annualised savings of [A]$3.9 million.

In April, Hills joined a growing legion of companies asking staff to take pay cuts during the ongoing coronavirus pandemic, with the company’s ranks agreeing to cuts between 10 and 35 per cent.

Every employee was asked to accept a company-wide reduction in salaries, as the company stated it had two options - stand down employees or ask them to accept a pay cut.