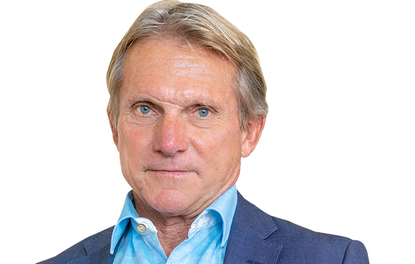 Publicly-listed telco services provider Uniti Group has struck a deal worth at least $9.25 million to acquire Harbour ISP in a move aimed at ramping up the company’s greenfield play.

Harbour ISP, which acts as a retail service provider (RSP) on the OptiComm and Uniti-owned fibre networks and as a reseller of the National Broadband Network (NBN), was spun out of cloud and managed services provider Harbour IT under founders Charles and Melissa Tym.

Established first as a subsidiary of Harbour IT, and later renamed Harbour Sat in 2005, Harbour ISP began life as a satellite reseller and installer under the government-subsidised Satellite Internet Australian Broadband Guarantee (ABG) scheme, connecting customers across regional and remote Australia on the Optus satellite network.

In 2015, when Canon purchased a 50 per cent interest in Harbour IT, Harbour ISP was formally separated from Harbour IT and has since then operated completely independently.

Today, Harbour ISP works with a range of technology partners, including LBNCo, OPENetworks, Optus, AAPT, Vocus and iVox, as well as NBN Co, OptiComm and Uniti, and claims more than 30,000 broadband customers nationwide.

The company now specialises in the delivery of retail broadband services to greenfield housing estates and multi-dwelling unit (MDU) developments — it appears to be this greenfield play that Uniti is most interested in.

Uniti told shareholders on 17 November that Harbour ISP’s expertise in the marketing of greenfield retail broadband services makes the provider a natural acquisition choice for the telco, following the acceptance of its Functional Separation Undertaking (FSU) by the ACCC in October 2020.

On the greenfield front, of particular strategic significance to Uniti is Harbour’s close alliances with a number of national property development companies, including Mirvac.

In certain instances, according to Uniti, these developer alliances see Harbour enjoy ‘preferred RSP’ status, delivering strong take-up of Harbour broadband services in new greenfield developments via a series of cooperative marketing activities, undertaken with the support and endorsement of the developer.

Moreover, when combined with the existing retail broadband services within Uniti’s Consumer & Business Enablement (CBE) business unit, the Harbour ISP acquisition is expected to more than double the division’s customer numbers to greater than 60,000.

“We are delighted to have acquired Harbour ISP,” said Uniti CEO and managing director Michael Simmons. “Functional separation now enables us to actively promote retail  broadband offerings on our owned networks and Harbour ISP, with its proven pedigree in the greenfield broadband market, is an outstanding platform for us to build specific capability as well as scale in our CBE business unit.

“With the now confirmed addition of OptiComm to the Uniti Group, our network of private fibre premises (connected, under construction or contracted to be connected) exceeds  400,000 connections. Given this large and growing footprint, the strategic value of acquiring Harbour as a specialist greenfield RSP is significant and timely.

“We look forward to our CBE business, inclusive of Harbour ISP, continuing to profitably expand as further  penetration  and growth in average revenue per user on our owned  fibre networks is delivered,” he added.

The binding agreement, which sees Uniti acquire 100 per cent of the issued capital of Harbour ISP, will see the company integrated within Uniti’s CBE business in less than six months.

The maximum purchase price for Harbour ISP comes to $9.25 million, plus 1 million options to acquire Uniti shares at $1.54 per share.