Telcos to pass on NBN rebates to customers under proposed rules 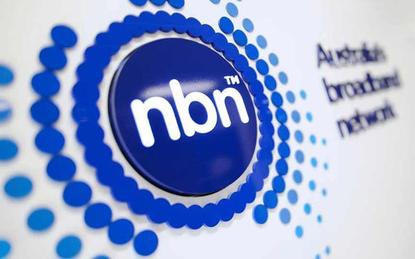 Telco retail service providers (RSPs) will need to pass on rebates for missed NBN Co appointments onto their customers under a set of proposed rules by the telco industry regulator.

Included as part of NBN Co’s next Whole Broadband Agreement (WBA4), retail telcos will receive rebates for missed NBN Co appointments increase to $50, and then $75 for every subsequent missed appointment, as opposed to the current rebate of $25.

Although agreed to by the Australian Competition and Consumer Commission (ACCC), the ACMA’s proposed rule change will see those rebates to be passed on to the affected customers, either “in monetary form or in kind”.

“As retail customers are ultimately those who are inconvenienced by service failures, such as missed appointments, it is only fair that they receive the benefits of the new NBN Co rebate scheme,” ACMA chair Nerida O’Loughlin said.

In the draft Telecommunications Service Provider (Rebate Pass Through and Retail Service Level Commitments) Determination 2020 that outlines the proposed rules, the ACMA argues that relying on the WBA4 or access agreements with other network operators “will not provide sufficient confidence that rebates or other benefits would flow directly to affected consumers”.

It also argues a regulatory approach by the ACCC could be “imperfect”, as the rules would apply at the wholesale supply level, but would be unlikely to see retail carriage service providers (CSP) pass on rebates.

“The ACMA can, however, require retail CSPs to pass through benefits from wholesale rebates received to their customers," the regulator claimed.

“In consultation with the Minister and the ACCC, the ACMA has decided to introduce retail pass-through regulations that will complement wholesale pass-through contractual arrangements. This will bridge the gap between suppliers paying rebates and retail customers receiving flow-on benefits when service standards are not met at the wholesale level.”

In addition to the passing on of rebates, the regulator also proposed for telcos offering fixed broadband services to publish their customer service commitments and performance details.

Currently, there are no requirements for telcos to publish customer service commitments and their associated remedies if commitments are not met, like rebates or backup modems.

“The commitments from telcos will provide useful information for consumers to help them choose their preferred provider and decide whether they want to stay with them over time,” O’Loughlin added.

The publishing of customer service commitments falls under Part B of the Government’s Consumer Safeguards Review, with ACMA also pursuing changes to the current telecommunications safeguard framework under Part C.

As part of the proposal, the regulator is seeking feedback on the rebate passing and customer service level changes, as laid out in its draft service provider Determination, with interest partied invited to submit responses by 9 December.