AI was the strongest testing growth area for 93 per cent of A/NZ companies, as opposed to 88 per cent globally. 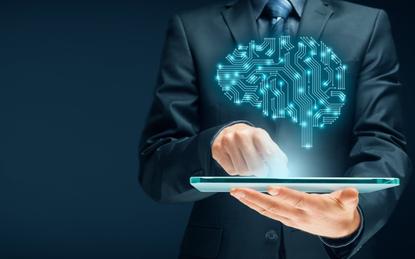 More than nine out of ten Australian and New Zealand companies claim artificial intelligence (AI) was the strongest growth area out of all of their testing activities this year, according to a recent report.

In fact, AI testing experienced stronger growth in the A/NZ region than it did globally, with 93 per cent of respondents in Australia and New Zealand stating that the technology experienced the strongest growth out of all quality assurance (QA) activities, as opposed to 88 per cent globally.

This is according to the World Quality Report 2020-21 by global systems integrator Capgemini, its subsidiary Sogeti and software vendor Micro Focus.

Within the realm of AI and machine learning, automated root cause analysis had a very strong showing, with 76 per cent of respondents in the region saying it was extremely relevant this year, with fit-for-purpose test data provisioning following behind at 56 per cent.

Looking forward, 84 per cent of A/NZ respondents said more AI proofs of concept would feature in future plans, and 75 per cent said they would use more smart QA dashboards.

However, the report noted that the most significant gaps in knowledge around this area were the understanding of the implications of AI for business processes and software development engineer testing skills, being flagged by 48 per cent and 47 per cent of respondents, respectively.

“Taken together, these two perceived gaps paint the general picture we see in Australia and New Zealand," the report noted.

“These are countries where...quality assurance is being woven into every aspect of software development, and where business focus is a key objective. The more end-to-end and business-driven AI becomes as an element of QA, the more effective it will be.”

This stems from the report, more broadly, looking at how respondents' QA practices in the region “virtually” always meet their quality targets at 76 per cent, as opposed to 69 per cent globally.

Testing environments in Australia and New Zealand were also more likely to meet expectations than those around the world, with 60 per cent of respondents in the region saying they always have the necessary in-house testing environments. Meanwhile, this drops down to 54 per cent when looking at the global average.

However, experience is slightly lacking in the region, as 62 per cent of respondents said they always have the right QA and test expertise, while the global average jumps up to 65 per cent.

This is also a growing trend, the A/NZ version of the report noted, towards embracing QA when compared to last year, particularly towards adopting agile and DevOps approaches, but implementation has been “variable”.

As a result, agile and DevOps approaches were likely to be embedded in project delivery teams, while adoption by technical teams will be “only to some extent”.

“What we are witnessing is the beginning of a shift from QA as a discrete function, to a future point at which it will be woven indistinguishably into every part of the software development lifecycle,” the report claimed.

This, it continued, was backed up by several responses in the region — 76 per cent of respondents saw contribution to business outcomes as a key QA objective and 70 per cent also emphasised the need to detect defects before go-live.

However, the push towards making testing smarter and more automated, while rated highly by 61 per cent of respondents, was not as strong as anticipated.

“If anything, given the enthusiasm we’ve witnessed in the field, we would have expected this figure to be higher," the report noted.

This enthusiasm stems from automation having a strong showing in the region — 68 per cent of respondents said they maximise test automation and 37 per cent said they use tools to generate or update tests automatically.

By comparison, the global averages were 51 per cent and 29 per cent, respectively.