Kivera set to launch during first quarter of 2021 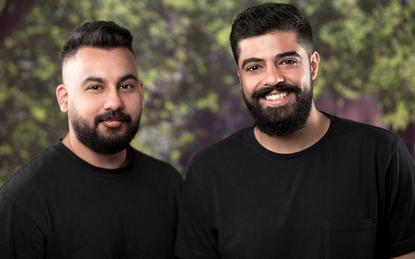 Sourced Group has launched a new cloud security company and product in the form of Kivera, fresh from securing an additional $2.5 million in funding from existing investor, Round 13 Capital.

With operations in Sydney and Toronto, Kivera will go to market as a cloud security offering capable of applying governance policies at enterprise level, spanning multi-cloud environments. The solution is designed to allow developers freedom of choice when selecting orchestration tools - “native or otherwise” - in addition to enhancing cyber security capabilities.

The spin-off business will be led by product co-founders, Vernon Jefferson and Neil Brown, who are both transitioning away from Sourced to assume the roles of CTO and vice president of Operations respectively.

Meanwhile, the role of interim CEO will be held by Jonathan Spinks as CEO of Sourced, who will also join interim CFO, Wilson Lee, Jefferson and Round 13 on the board of directors.

“Through years of consulting, preserve the integrity of cloud environments and application teams wanting to focus on innovating their applications rather than navigating rigid control structures,” Brown said. “Striking a balance is further complicated by the ever-increasing number of cloud services and possible configurations.”

Citing Gartner findings, Brown said “nearly all successful attacks on cloud services are a result of customer misconfiguration, mismanagement and mistakes”. In response, Kivera enables “uniform and granular policy enforcement” across any cloud and any tool, added Brown.

“Your cloud. Your rules,” he added. “We are currently working with a number of businesses, including a large Australian financial services organisation, in beta testing ahead of a formal launch in Q1 2021.”

Kivera has been incubated through Sourced’s internal ‘Innovators Fund’ program, created to allow employees the opportunity to build new solutions in response to evolving customer requirements.

“Vernon and Neil have been instrumental in bringing Kivera to life,” Spinks added. “They identified a true client need and have successfully driven the product’s development to date. Their achievements are a clear reflection of Sourced’s commitment to our innovation value and we are thrilled to have our first graduates from the Innovators Fund leading Kivera through this exciting next phase.”

The latest wave of investment comes less than 12 months after Sourced closed a $20 million funding round, also led by Toronto-based Round 13 Capital, with participation from Comerica Bank and HSBC.

“Sourced has been a leader in enterprise-wide cloud transformation for the past ten years and we are delighted to witness their continued innovation having followed Kivera’s growth since its inception,” said John Eckert, co-founder of Round 13 Capital. “We look forward to supporting the team on their new venture. Now more than ever, with the rapid adoption of cloud services, safeguarding one’s security is of paramount importance.”

Earlier this year, Sourced overhauled its senior leadership ranks with managing director of Australia and New Zealand, Salma Datenis, tasked with overseeing global operations. Datenis, who held the trans-Tasman role since mid-2017, was appointed as vice president of operations in January, tasked with driving operational improvements across Sourced's international regions, which include North America and Southeast Asia.