Follows “many months of hard work” by the MSP 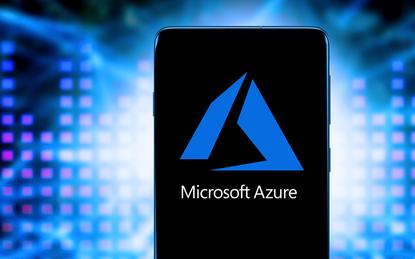 IT services provider Empired has reached Azure expert managed service provider (MSP) status with Microsoft, being one of 77 partners globally to enter the program.

Admittance into the program requires an active Gold Cloud Platform competency with Microsoft and other prerequisites that focus on an MSP's Azure offering, followed by a pre-audit assessment and an on-site audit. The whole process, the tech giant claims, can take up to over 300 hours.

Jaen Snyman, solution director of modern work, security and Azure at Empired, said the inclusion into the program follows “many months of hard work” by the provider.

“It’s rewarding to finally be independently recognised as one of the very best in the world,” he said.

“The reward is even better because Empired is the first Microsoft Azure Expert MSP partner to fully adopt Microsoft Azure Lighthouse as the core of its Cloud Management Platform (CMP), combined with its Azure DevOps accelerators, to provide a world-class service.

“As a specialist Microsoft partner, Empired will continue to work closely with Microsoft to ensure its managed service offering evolves with Azure, to allow new features and capabilities to be natively included in its service.”

He added that a major goal of the provider was to stick to the native Azure tools as much as possible to reduce the third-party cost for customers and to grow with the platform.

Chief partner officer at Microsoft Australia Rachel Bondi said Empired has been a long standing and valued partner of the tech giant.

“Empired’s people, services, processes and technologies are world class as evidenced by its newly-minted Azure Expert MSP certification," she said.

“Microsoft’s leading global partners are distinguished by this certification, which sends a strong signal regarding their exceptional skills and capabilities in cloud and digital transformation.”

Empired’s inclusion into the 77-strong program joins the likes of Data#3, which attainted the highest level of certification in the program in late July.

The provider's Azure expert MSP status also follows its return to the black in its FY20 results, released in August, with its post-tax profit up 139 per cent, to $6.1 million.