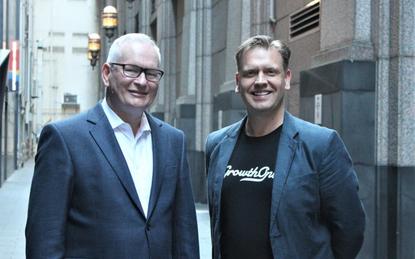 Trimantium Growthops Limited has ended its financial year with revenue falling 12 per cent to $84.4 million.

Multiple reasons were given for the revenue hit over the last 12 months to 30 June, with an unaudited third of the decline being attributed to two clients – Sargon Capital entering voluntary administration and Holden Motors exiting the Australian market.

Events around the world also impacted the IT services supergroup’s revenue, with Hong Kong’s unrest, Australia’s drought and bushfires and COVID-19 all playing a part — the latter of which in particular causing delays in projects and reduced client spend.

To mitigate the impact of the coronavirus pandemic, the supergroup took on a series of measures, including temporary voluntary employee salary reductions, leaving two end-of-lease premises in Sydney and renegotiating its Melbourne head office lease.

The supergroup’s restructure, which took place from October 2019, bore a $3.3 million cost in one-off payments and expenses in its first half year results for 2020 and brought with it a number of unaudited savings. Further unaudited savings were found when trying to mitigate against the implications of COVID-19.

Combined, these measures, which occurred during the last six months of the year to June 30, saw employee costs fall by 11 per cent — which includes JobKeeper subsidies — when compared to the first half of the year.

Additionally, travel, contractors, licensing and technology costs were cut by 30 per cent and other costs — including office admin, marketing, IT and professional services expenses — were also reduced by 30 per cent when compared to the first half of the year.

The supergroup is also continuing to follow up on unpaid invoices relating to Sargon after its collapse, which saw an initial mediation that took place on 19 August and a rescheduled mediation to occur in early September.

As for the financial year ahead, Growthops expects the first quarter of FY21 to see its revenue to continue to decline because of COVID-19, according to non-executive chairman Scott Tanner.

“We are anticipating reduced levels of revenue throughout the first quarter of FY2021 given the ongoing impact of COVID-19 outbreaks on business and consumer confidence,” he said in a statement to the Australian Securities Exchange (ASX).

To mitigate the decline, the supergroup plans to implement reduced occupancy cost saving measures and a ‘realisation’ of its technology spend.

Cash preservation and cost management initiatives are also being considered in an attempt to maximise available liquidity.