MacTel earnings up, profits down 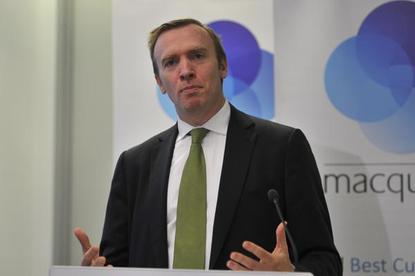 Macquarie Telecom Group has ended FY20 with its sixth consecutive year of pre-tax earnings growth, yet continues to see its post-tax profit decline.

During the last 12 months to 30 June, its earnings before interest, tax, depreciation and amortisation (EBITDA) were up 25 per cent, to $65.2 million.

This is an increase on  on FY19’s EBITDA of $52.1 million, marking the publicly-listed company’s sixth year of EBITDA growth in a row.

Revenue was also up by 8 per cent, to $266.2 million, yet net profit after tax (NPAT) was down 17.5 per cent, to $13.5 million. The decrease in post-tax net profit was attributed to higher depreciation from capital expenditure investment driving future growth.

This follows FY19’s NPAT decline, which fell 3.5 per cent that year, to $16.4 million. At the time, this was attributed to a similar reasoning, with the then-recent capital investment also aiming to drive future growth.

Of the FY20 results, chairman Peter James said the results have paved the way for longer term success.

“These results are evidence of our track record of delivery and investment which will provide a long runway of significant growth opportunities,”  he said in a statement lodged with the Australian Securities Exchange (ASX).

However, earnings before interest and tax is where the segments varied — the telecom business was down 43.7 per cent to $4.9 million, while hosting was up 28 per cent, to $19 million.

As proof of the hosting growth, CEO David Tudehope added the development of its IC3 and IC5 data centres would expand its Macquarie Data Centres division from 14MW to 50MW in order to support its wholesale partners and government customers, respectively.

“We anticipate strong growth given our experience in delivering to the government sector leveraging our strict security certifications and the breadth of our sovereign service offering,” he said.

Looking ahead to FY21, the company believes more growth is on the horizon, with the second half of the financial year expected to be flat compared to the first half’s anticipated results. This, according to the company's results, is due to H1 being driven by investment in sales and operational resources to support growth.