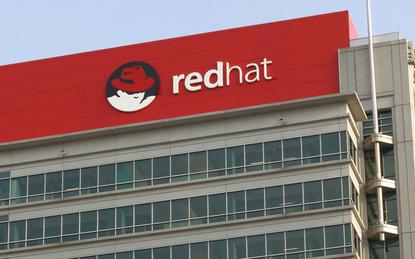 Red Hat has praised its Australian and New Zealand channel partners for the last 12 months, after helping the vendor achieve double revenue figures in the past two years.

In addition, thanks to the local channel community, the A/NZ region was named Red Hat’s region of the year, according to A/NZ channel chief Garry Gray.

A/NZ was also named Red Hat’s partners and alliances region of the year for the first time ever.

Addressing the partners, Gray said: “You as our partners have really gone out and built some innovative solutions on the cloud and in verticals that have really disrupted those industries.

“The move to kubernetes has been somewhat accelerated by the challenging times we’re in of disruption, but mostly we have delivered for the customers time and time again.”

Red Hat’s partner acceleration drive largely stemmed from the appointment of Gray to lead the channel charge in the region.

Red Hat A/NZ managing director Max McLaren previously admitted that, prior to Gray’s appointment, it hadn’t been that successful with channel partnerships in the past.

However, Gray told the audience that Red Hat would “not be the organisation it is today” without the partner community.