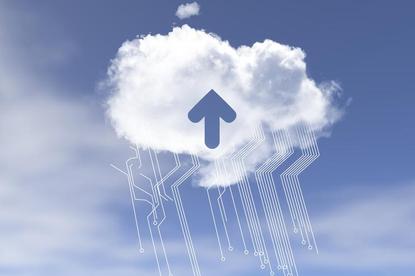 The Australian cloud infrastructure-as-a-service (IaaS) market reached A$930 million in 2019, with year-on-year spending levels growing at 58 per cent.

According to a forecast by Gartner, spending will naturally contract in 2020 due to the coronavirus pandemic, but will still achieve 16.7 per cent growth – a “far healthier” than other IT sectors.

“IaaS – and all hyperscale public cloud – has proven itself as being battle-ready,” said It has demonstrated its reliability and availability in supporting unplanned and unexpected needs. The elasticity also allowed people to ‘dial down’ as well as ‘dial up’ their usage, based on their needs,”  said Michael Warrilow Australia-based  research VP at Gartner.

Australia’s growth rate stood out against the global average which saw average growth of 37.3 per cent to US$44.5 billion, up from US$32.4 billion in 2018.

According to Gartner, the top five cloud providers accounted for 80 per cent of the market, up from 77 per cent  in 2018, with 75 per cent of all providers exhibiting growth in 2018.

Long-term leader Amazon Web Services (AWS) continued its dominance, hitting US$20 billion of revenue in 2019 and accounting for 45 per cent of the total market.

The analyst firm noted that AWS built out its capabilities beyond the IaaS layer in the cloud stack and maintain its top position in 2019.

Microsoft Azure remained in the second position, with half of its nearly US$8 billion in revenue coming from North America. According to Gartner, Microsoft’s IaaS offering grew 57.8 per cent in 2019, driven largely by co-selling Azure with other products.

Locally, according to Warrilow, AWS and Microsoft continue to dominate, but, IBM and Google continue to invest – along with Oracle – and “each has areas of specialty and expertise”.

Meanwhile, Alibaba Cloud grew by 62.4 per cent in 2019 with revenue surpassing US$4 billion, largely driven by its dominance in China and the inability of North American providers to easily access the Chinese market.

In A/NZ, Alicloud’s key offering is helping organisations reach countries across Asia where the other hyperscalers have less presence, for example Malaysia, or where Alicloud has more of a ‘home town advantage’, such as mainland China, Warrilow added.

Last year, Google demonstrated it was closing the gap on AWS and Azure in A/NZ, with Gartner noting it being "very serious about this market".

“There will be a continued push of cloud spending as an outcome of the coronavirus pandemic,” said Sid Nag, research VP at Gartner.

“When enterprises were compelled to move their applications to the public cloud as a result of the pandemic, they realised the true benefits of public cloud and it is unlikely that they will change course.”

“In the recovery and rebound phase, CIOs are recognising that they don’t need to bring workloads back on premises, which will further increase cloud spending and drive new applications around cloud-hosted collaboration that incorporate emerging technologies such as virtual reality and immersive video experiences,” he added.