Kogan lauds ‘transparency’ after being rapped for ‘false and misleading’ sale

The Kogan CEO has told shareholders in the company’s latest business update that he ‘loves’ the transparent nature of the e-commerce industry. 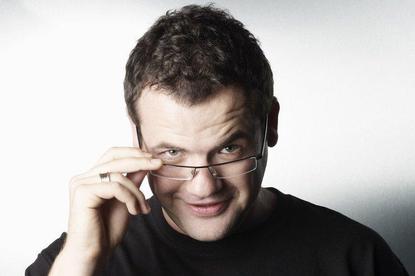 Ruslan Kogan, founder and CEO of the online electronics retailer that bears his name, has lauded his company’s ‘smart shoppers’ and the ‘transparency’ of the e-commerce industry just days after it was found to have made ‘false and misleading representations’.

On 17 July it was revealed that the Federal Court had found that the publicly listed Kogan Australia Pty Ltd had breached the Australian Consumer Law by making false and misleading representations about an end of financial year sale in 2018.

The legal proceeding, brought by the Australian Competition and Consumer Commission (ACCC), ultimately found that an online Kogan sale from 27 to 30 June 2018 saw some product prices quickly raised by the retailer beforehand and then dropped afterwards.

The sale, which offered a 10 per cent discount with the use of the code TAXTIME, was sent out to over 10 million consumers via email and 930,000 via SMS messages.

Email advertisements used phrases such as “48 hours left!” and “Ends midnight tonight!” in the attempt to attract consumers.

However, the court found that the advertisements conveyed false or misleading representations as the online retailer increased the prices of over 600 products immediately before the promotion — in most cases by at least 10 per cent.

Now, the Kogan CEO has told shareholders in the company’s latest business update that he ‘loves’ the transparent nature of the e-commerce industry, while also expounding the virtues of his company’s ‘smart shoppers’.

“The thing I love about running an e-commerce company is that we operate in one of the most transparent and competitive industries,” Kogan said in a statement to shareholders.

“We’ve been increasing competition for Australian consumers 24/7 for 15 years — all our prices and specifications are publicly advertised every second of the day. Everyone is free to browse and compare, and shoppers choose us when we offer great value.

“Every decision we make in the business assumes that our customers are smart shoppers who have done lots of research — in other words, educated, informed consumers,” he said.

While Kogan may have been found by the Federal Court to have misled shoppers, the company appears to have nonetheless been attracting more of them, with its latest unaudited financial update — covering June — showing growth in customer numbers, sales and profit.