Sets up consultancy specialising in IP 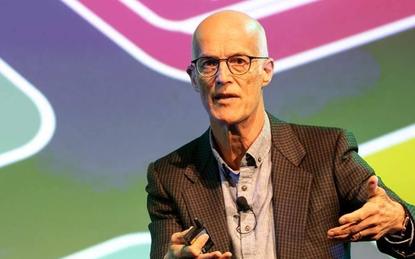 Cisco Australia and New Zealand veteran and chief technology officer Kevin Bloch is to step down after more than 20 years.

Bloch, a well-known figure on the A/NZ conference circuit, has decided to fly solo and set up his own consultancy aimed at assisting companies build and scale intellectual property.

He first joined Cisco in 1999 to create its telecommunications service provider franchise and later was promoted to lead its regional engineering practice across the vendor’s entire portfolio. For the past 12 years, he has acted as the company’s CTO for A/NZ.

Prior to Cisco, he held roles with OTC (now Telstra), and JNA Telecommunications, a research and development start-up acquired by Lucent Technologies and now part of Nokia.

His new advisory firm will see Bloch advising start-ups, telecommunication providers and corporations on how to invest in R&D and commercialise their own technology.

Speaking to ARN, he said: “Australia needs people involved in not just developing tech, but scaling it and taking it to market is often a chasm not jumped. The biggest impediment is always getting it to market.”

Part of Bloch’s new venture will see him engaging with independent software vendors (ISVs) and the channel, engaging the latter in helping bring more local intellectual property (IP) to the market.

He will also work with a number of start-ups in the United States and Israel.

On departing from Cisco, he added: “Cisco has been terrific to me. They are an incredible company and that goes beyond their technology.

“I have been fortunate to be part of an incredible company, have worked with visionary leaders and led teams of talented, committed individuals and now I’m excited to be establishing my own technology advisory company.

“My goal is to help organisations make strategic investments in innovation, to scale and commercialise their technology and, where appropriate, to export it to the world.”

Ken Boal, Cisco A/NZ vice president, thanked Bloch for his "tremendous contribution", adding: "[He] established himself as a leading technology visionary, challenging and inspiring the industry with his thought provoking insights and ideas.

"He was integral in establishing a number of our growth and thought leadership initiatives, such as our Innovation Centres and Country Digital Acceleration program."

Bloch’s final day with the vendor will be on 14 July. Cisco refrained from commenting on Bloch’s replacement at the time of publication.