Options grow for migrating mainframe apps to the cloud 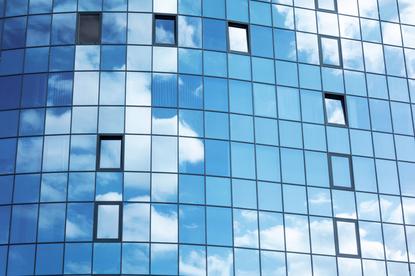 Founded in 2011 and based in Switzerland, LzLabs this week said it's setting up shop in North America to help mainframe users move legacy applications – think COBOL – into the more modern and flexible cloud application environment.

At the heart of LzLabs' service is its Software Defined Mainframe (SDM), an open-source, Eclipse-based system that's designed to let legacy applications, particularly those without typically available source code, such as COBOL, run in the cloud without recompilation.

The company says it works closely with cloud providers such as Amazon Web Services, and its service can be implemented on Microsoft Azure. It also works with other technology partners such as Red Hat and Accenture.

Legacy applications have become locked into mainframe infrastructures, and the lack of available skilled personnel who understand the platform and its development process has revealed the urgent need to move these critical applications to open platforms and the cloud, according to Mark Cresswell, CEO of LzLabs.

"With SDM, customers can run mainframe workloads on x86 or the cloud without recompilation or data reformatting. This approach significantly reduces the risks associated with mainframe migration, enables incremental modernisation and integrates applications with DevOps, open-source and the cloud," the company stated.

Cresswell pointed to the news stories around the Covid-19 pandemic that found many mainframe and COBOL-based state government systems were having trouble keeping up with the huge volume of unemployment claims hitting those systems.

For example, CNN in April reported that in New Jersey, Gov. Phil Murphy put out a call for volunteers who know how to code COBOL because many of the state's systems still run on older mainframes.

Connecticut is also reportedly struggling to process the large volume of unemployment claims with its decades-old mainframe; it's working to develop a new benefits system with Maine, Rhode Island, Mississippi and Oklahoma, but the system won't be finished before next year, according to the CNN story.

"An estimated 70 per cent of the world's commercial transactions are processed by a mainframe application at some point in their cycle, which means U.S. state governments are merely the canaries in the coal mine. Banks, insurance, telecom and manufacturing companies (to mention a few) should be planning their exit," Cresswell wrote in a blog.

LzLabs is part of an ecosystem of mainframe modernisation service providers that includes Astadia, Asysco, GTSoftware, Micro Focus and others.

Google said the Cornerstone technology – found in its G4 platform – will shape the foundation of its future mainframe-to-Google Cloud offerings and help mainframe customers modernise applications and infrastructure.

"Through the use of automated processes, Cornerstone's tools can break down your Cobol, PL/1, or Assembler programs into services and then make them cloud native, such as within a managed, containerised environment," wrote Howard Weale, Google's director, transformation practice, in a blog about the acquisition.

"As the industry increasingly builds applications as a set of services, many customers want to break their mainframe monolith programs into either Java monoliths or Java microservices," Weale stated.

The Cornerstone move is also part of Google's effort stay competitive in the face of mainframe-migration offerings from Amazon Web Services, IBM/RedHat and Microsoft.

While the number of services looking to aid in mainframe modernisation might be increasing, the actual migration to those services should be well planned, experts say.

A Network World article on mainframe migration options from 2017 still holds true today: "The problem facing enterprises wishing to move away from mainframes has always been the 'all-or-nothing' challenge posed by their own workloads.

"These workloads are so interdependent and complex that everything has to be moved at once or the enterprise suffers. The suffering typically centers on underperformance, increased complexity caused by bringing functions over piecemeal, or having to add new development or operational staff to support the target environment.

"In the end, the savings on hardware or software turns out to be less than the increased costs required of a hybrid computing solution."

"The value gained by moving applications from the traditional enterprise platform onto the next 'bright, shiny thing' rarely provides an improvement in the business process or the company's bottom line.

A great deal of analysis must be performed and each cost accounted for," Gartner stated in a 2019 report, Considering Leaving Legacy IBM Platforms? Beware, as Cost Savings May Disappoint, While Risking Quality.

"Legacy platforms may seem old, outdated and due for replacement. Yet IBM and other vendors are continually integrating open-source tools to appeal to more developers while updating the hardware. Application leaders should reassess the capabilities and quality of these platforms before leaving them."