Planning to pursue national and international expansion, as well as local hires 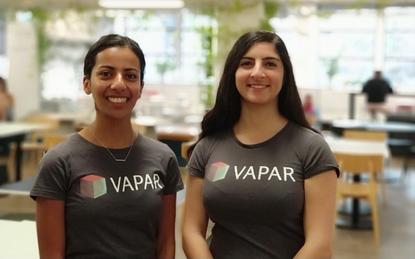 Vapar is set to put its growth plans into motion with a $700,000 seed funding raising round.

Taking over two months, the round closed with a number of angel investors, accelerator Startmate and venture capitalist Blackbird Ventures.

The independent software vendor (ISV) plans to use the funds to scale from its Sydney base to initiate both national and international growth plans and to expand its workforce with local hires.

As a result, Vapar hired Saeed Amirgholipour as lead artificial intelligence (AI) and data scientist, who was most recently at the CSIRO’s data specialist subsidiary Data61 as an AI and machine learning (ML) scientist.

Michelle Aguilar, CTO of Vapar, said that the vendor has “big things” planned on its technical road map and was excited to be growing its data science and engineering teams with appointments such as Amirgholipour’s.

“Saeed has joined Vapar at a critical time as the organisation steps up to the next level, and we look forward to delivering truly innovative engineering solutions to the asset management market as a team,” she said.

Amanda Siqueira, CEO, added she was excited about the next phase of growth and to be working with the vendor’s investors to address market demand.

“Vapar has gone from strength to strength, as we’ve been able to solve a clear and complex problem for utilities and councils using the latest technologies, all while aligning with engineering standards that government organisations demand,” she said.

Founded in 2018, the vendor’s Vapar platform utilises AI and ML to automate condition assessments in sewerage and stormwater pipelines.

Currently, the platform is being used by Sydney Water and SA Water, as well as the local councils of the City of Ryde, Blacktown City Council and Campbelltown City Council.

The conclusion of this seed round is the latest funding-related announcement for Vapar, with the vendor previously awarded $25,000 in the NSW Government’s Minimum Viable Product (MVP) grants scheme back in September 2019.