The Federal Circuit Court has imposed $62,730 in penalties against Silverbrook, while his technology company Mpowa Pty Limited has been penalised $96,900. 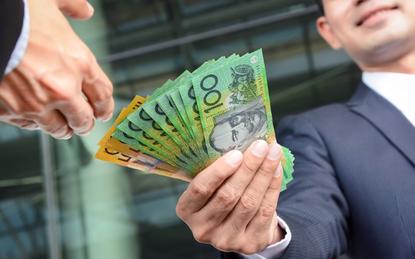 Technology company Mpowa Pty Limited has been penalised $96,900 as part of a lengthy dispute over wages involving Kia Silverbrook, who is widely considered to be the country’s most prolific inventor and technology patent holder.

The Federal Circuit Court has imposed $62,730 in penalties against Silverbrook, while his technology company Mpowa Pty Limited has been penalised $96,900.

According to a statement on Silverbrook’s LinkedIn profile, Mpowa was established to commercialise the Netpage technology, originally developed at Silverbrook Research (SR). It is claimed the Netpage division of SR was the original inventor and developer of Digital Pens and Interactive Paper.

An application for the winding up of Mpowa was commenced by the Workers Compensation Nominal Insurer in late 2013.

Janette Lee, who was a director of a company formerly operated by Silverbrook, has also been penalised $13,260 for her role in some of the claimed contraventions.

The Fair Work Ombudsman claimed that, during the course of the legal actions, commenced in 2013 and 2014, it had secured $1.15 million in court-ordered back-payments, which have been made by Mpowa, Superlattice Solar and Priority Matters to 33 underpaid employees.

However, penalties and back-pay orders could not be obtained against two other companies formerly operated by Silverbrook, Geneasys Pty Ltd and Silverbrook Research Pty Ltd, in response to more than $550,000 in underpayments of a further 10 employees, according to the Fair Work Ombudsman, because the companies have been placed into liquidation.

It is claimed that the underpayments were primarily the result of employees not being paid wages for periods of up to 10 months in 2013. Individual employee underpayments ranged from $436 to $214,483.

The court found that Silverbrook and the companies told staff they did not have sufficient funds to pay wages but encouraged them to continue working without pay for many months by repeatedly assuring them funding would be secured and pay would be shortly forthcoming, according to the Ombudsman.

“It is important to set a meaningful penalty which will deter other employers who find themselves in difficult financial circumstances from requiring employees to continue to attend work and perform work in the hope of improving the employer’s financial position so that funds will become available to pay the employees,” the judge presiding over the case, Rolf Driver, said.

The decision comes several years after the organisation behind the development of Silverbrook's Memjet commercial high speed inkjet technology came under attack from investors in the United States.

In 2012, Silverbrook Research said it had reached an agreement with Memjet and its investors, which provided for the settlement of litigation in the UK, Ireland and Oklahoma.