Will handle channel as well as direct sales 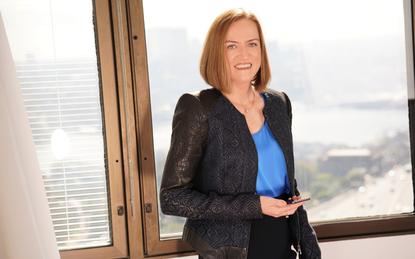 Optus has appointed a new head of small to medium sized business sales as part of its ongoing push into the sector.

Libby Roy has joined the telco as managing director for SMB, a role that will see her work with both the channel and direct customers.

She was most recently PayPal’s managing director in Australia and will be responsible for driving sales, product development, marketing, service delivery and operations.

Roy will replace former SMB MD Ben White will continue to lead the Wholesale and Satellite teams and adds Strategy to his area of responsibility.

According to Optus, SMBs are a particularly important sector “requiring support in these uncertain times”, claiming they account for between 30 to 40 per cent of Australia’s GDP.

“Libby has a strong track record of leading growth and profitability in a variety of businesses including payment, credit card, financial planning, superannuation and travel,” Optus said in a statement.

Optus ramped up its efforts in the SMB space two years ago when it  moved into the NSW Government’s Sydney Start Up Hub.

At the time,  the telco launched the Optus Innovation Hub, aimed at SMBs and start-ups with technology to drive innovation.