Telstra CEO: ‘We need a long term strategy for telecommunications’

Capitalising on an “once-in-a-generation opportunity” 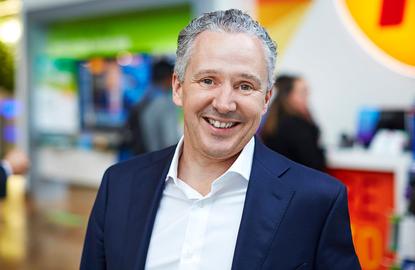 Telstra has claimed that the easing of the coronavirus pandemic has raised some significant opportunities for establishing a long-term strategy for telecommunications in order to see the nation's digital economy return to form.

The Australian telco giant claimed that with the easing of social restrictions, there is a “once-in-a-generation opportunity to create and accelerate real change on the key issues that will shape our economy, our society and our future”, according to a blog post penned by Telstra CEO Andrew Penn.

One of these opportunities is the need for a long-term strategy for telecommunications in the country, as Penn claimed that the pandemic has highlighted the significance of Australia's telco networks.

“We need a long term strategy for telecommunications in Australia,” he said.

“[Telco networks] have been the connective tissue during the lockdown period and if the acceleration of the digital economy is crucial to a fast recovery, which I believe it is, then telecommunications is now arguably Australia’s most important infrastructure to this digital recovery.

“It is also crucial therefore that we have the policies and regulatory framework fit for purpose and pro-investment for the sector.”

He turned to the initial roll out of 5G networks, the completion of the National Broadband Network (NBN) and the emergence of edge computing as examples of moves to digitise Australia’s economy.

“The success of our telecommunications networks in Australia over the next decade will significantly influence the success of our economy and our nation,” Penn said. “And it’s crucial that we have the policies in place to support them.”

To improve upon these technologies, Penn said there are a series of “very big” questions that need to first be answered, and he said he could not “think of a more important time to be asking them”.

These questions include about how to accelerate large network rollouts, what the future replacement of the NBN will be, how to bridge the digital divide between regional and metropolitan areas and how more vulnerable citizens can benefit from these technological advancements and not just participate in them.

Penn also said advancements in the digitisation of the Australian economy over the last three months would have taken five years if it wasn’t for the urgency that arose when mitigating COVID-19.

“As individuals we have been forced to become far more digitally savvy in the space of weeks and across our business we are seeing digital interactions with our customers increase dramatically,” he said. “What is important now is not to lose that momentum.”

There is also the opportunity to improve cyber defences, Penn noted, as pandemic mitigation efforts have seen a significant rise of employees working from home.

As such, work that was typically conducted within the security measures of enterprise- and government-grade environments are being performed from homes.

Further, the CEO added that the easing of pandemic provided the opportunity for enterprises to work on their stances on diversity and climate change.