On a global scale, buying intent was found to be higher than market indicators 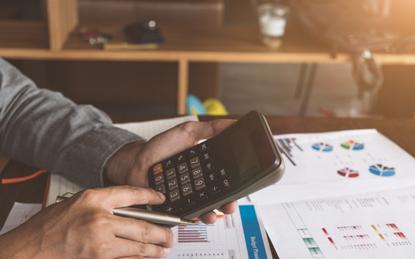 Global IT spending expectations for May are in flux as there has been a slight improvement identified in the Asia Pacific region, while the US is seeing a decline and Europe’s spend remains soft.

This is according to IDC’s COVID-19 Tech Index for the month of May, which indicated that a “significant contraction” in spending will occur over the next few months.

The recovery from this is dependent on the measures enacted to restart economies around the world in Q3.

By comparison, IT spending a month ago was still positive in select areas like artificial intelligence and digital transformation projects, according to Stephen Minton, program vice president of IDC's Customer Insights & Analysis group.

"US companies were especially reluctant to impose delays on strategic IT projects and deployments, but the reality of a major economic contraction in Q2 appears to have caught up with CIOs and IT departments in the last few weeks,” Minton said.

“Where demand is still increasing, it is increasingly focused on a narrow range of technologies that are critical to support remote workers, such as videoconferencing and remote access solutions.”

In Europe, sentiment looked to stabilise in the first half of April, but then dropped by the end of the month. The fluctuation in the European market is expected to continue with businesses reacting in their own time to varying levels of uncertainty and lockdown measures.

However, Minton said the Asia Pacific region's sentiment has shown signs of improvements, with some in the region believing the worst has passed.

"The crisis began in China and it makes sense that it may end there soonest, although it's too soon to be sure this isn't a false dawn given that measures to open the economy will be carefully managed for any signs of a second wave of infections,” he said.

The impact on IT spending will be continued uncertainty for some period with many firms lacking the visibility to make major strategic decisions or commit to short-term spending increases."

IDC analysis claimed economists are feeling “extremely pessimistic” about the near term, but early measures to relax lockdowns in Europe will be observed by many countries, including the US and may set the standard for future relaxations.

Projects are likely to be delayed further, but businesses will shift their attention towards deploying clouds and supporting a remote workforce.

"But decisions to fund new deployments will be hard to make for firms experiencing major declines in revenue and spending cycles will be longer while decision makers are spread around the world in remote locations.

"New tech products will come to market more slowly and upgrades to office networks or equipment are a low priority while offices remain closed. These headwinds will pass, but there are still milestones to clear before IT spending begins to grow again."