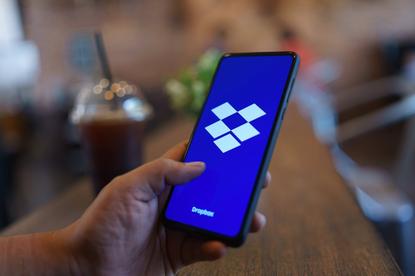 Dropbox has finally agreed to put its money where its mouth is by offering partner rebates for deal registrations in a channel program refresh.

Since launching its partner network in 2015, the cloud-based storage specialist has refrained from offering rebates but has had a change of heart following a number of trials last years.

According to Dropbox’s Australia and New Zealand channel chief Ewan Reid, the vendor now feels rebates would be of “great benefit” for its partners and resellers.

“Based on both partner feedback at our recent Partner Advisory Council event in San Francisco and the growth of our channel business, we saw the need to make changes that would create greater distinction between the tiers, including more support, and financial incentives,” he told ARN in a statement.

Dropbox currently has three levels of partners, from registered through to select and ending with elite.

As part of the new updates, both select and elite partners will have access to Dropbox account managers, something only available to top tiered resellers before.

The program refresh will also see Dropbox increase other areas of partner support. For example, having only previously offered “general” marketing materials, the vendor will now provide “consultative” marketing services to the top two tiers.

In response to channel demand, the company has increased the number of internal use licences, from 20 and 50 to 50 and 75 for select and elite partners respectively. Each of the tiers will also gain fiveHelloSign licences.

Dropbox has slowly been growing its presence in Australia since first launching locally in 2014. Last year saw it hire Reid as head A/NZ head of channels, alongside A/NZ country manager Dean Swan.

Globally, 2019 was also a big year for Dropbox as it marked the closure of its HelloSign acquisition, an e-signature platform that it integrated into its file hosting service. HelloSign subsequently was signed up by distributor Ingram Micro.