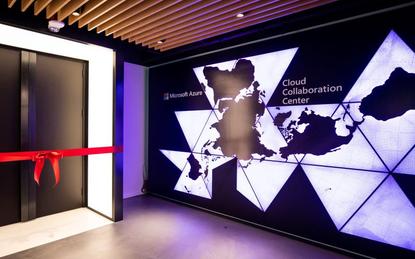 Microsoft has reported a huge spike in usage of its collaboration tool Teams as countries around the world enforce social distancing measures.

As a result of the global coronavirus pandemic, the vendor claims to have seen its communication tool Teams being used by 44 million people daily.

According to a blog post, users generated over 900 million meeting and calling minutes on Teams daily in one week.

Microsoft also reported usage of Windows Virtual Desktop had tripled. In addition, government use of public Power BI to share COVID-19 dashboards with populations has surged by 42 per cent in a week.

The update comes as stricter lock down measures are imposed in areas such as Western Europe, India and New York, while an increasing number of social distancing measures have been announced in Australia since 23 March.

“Since last week’s update, the global health pandemic continues to impact every organisation—large or small—their employees, and the customers they serve,” the vendor wrote.

“Everyone is working tirelessly to support all our customers, especially critical health and safety organisations across the globe, with the cloud services needed to sustain their operations during this unprecedented time.”

Although Microsoft said it had seen significant increase in demand, it claimed not to have had “any significant service disruptions”.

However, it is planning to deploy significant new capacity in the coming week, but suggested partners and customers “consider alternative regions or alternative resource types” if facing hiccups.

“We have standard operating procedures for how we manage both mitigation and communication,” the post added. “Impacted customers and partners are notified through the Service Health experience in the Azure portal and/or in the Microsoft 365 admin centre.”

Updated on 31 March to clarify amended details from Microsoft. In a earlier version of Microsoft's blog post, the vendor originally wrote that it had seen a 775 per cent increase of Microsoft Azure in regions that have enforced strict isolation measures to combat the spread of COVID-19.

However, this has since been updated to read: "We have seen a 775 percent increase in Teams' calling and meeting monthly users in a one month period in Italy, where social distancing or shelter in place orders have been enforced."