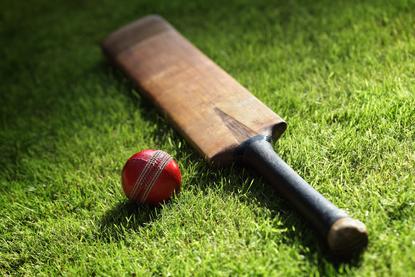 Microsoft and partner Swoop Analytics have refreshed Cricket Australia’s internal communications with Teams to improve connectivity between employees across the country and with international counterparts.

Spanning over an 18 month period, Cricket Australia’s systems have gone through several updates to Microsoft platforms under the project, which included the integration of Teams, Microsoft Azure and Office 365.

Murray Newham, senior manager of the cloud platform and architecture team at Cricket Australia, said the benefits of using Teams has expedited communication and workflow.

“Decisions get made a lot faster, people are able to collaborate better without the constraint of the email clutter and the CC and the Reply All, and then missing things that are deep within an email thread,” Newham said.

“Something we are investing a little bit more time in, is making sure that people are able to have seamless workflows around document management, where they put their files, how they work through the process of getting a document approved and reviewed.

“So Teams enables that sort of discussion a lot easier without having to find the right version, or perhaps finding the wrong version somewhere in an email chain from a week ago.”

In addition, the Icebreaker Bot and a trial of Swoop have also been integrated into Cricket Australia’s usage of Teams. Icebreaker Bot groups employees into pairs every Monday morning at 9AM in order for them to get to know each other better, while Swoop, developed by Microsoft partner Swoop Analytics, captures analytics on how staff use Teams.

Cai Kjaer, Swoop co-founder and CEO, claims that the service allows for organisations to identify “Teaming Champions” — people that actively contribute to many different teams. In this case, Swoop was able to identify both gaps in collaboration and examples of good Teams usage.

Local staff were able to work with their Dubai counterparts easily due to communication between the two workforces in Teams, according to Sarah Kealy, community and events officer at the ICC T20 World Cup Local Organising Committee.

“Having had established relationships with them already through working so closely and collaborating online really means that when they land here we can just hit the ground running; we know exactly where everything is saved, we know how we work with each other and we can just continue business as usual,” Kealy said.

“Using Microsoft Teams as our sole platform has really opened up the way that we communicate and collaborate as a team.

"It’s really streamlined a lot of our workflows and processes and made it a lot easier for us to work together to achieve one outcome.”

She added that she thinks the transformation has been so significant, she could not be able to continue working without Teams as she claims it has changed the way the organisation prepares major events.

In addition to the Teams usage, the move to Microsoft Azure allowed for the organisation to shut down its data centre back in April 2019 and go “100 per cent cloud”, according to Newham.

Office 365 was also selected as its breadth suited the nine separate organisations that make up Cricket Australia.

Prior to the integration of Teams, communication was either by email or face to face. The latter option was considered expensive and complex for an organisation that has a national body, branches for each state and territory, as well as the need to communicate with other international parties.