Comes as the group appoints a new CEO 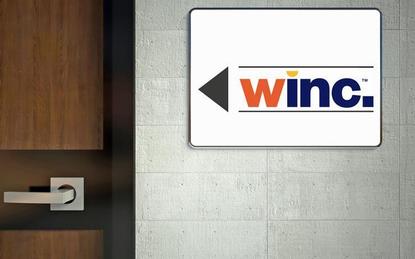 Platinum Equity, the private equity firm that owns both Winc and OfficeMax New Zealand, has been "aggressively revamping" its operations model across both markets, according to principal, Renee Koontz.

“In Australia, for instance, we have transformed our customer focus by restructuring around five major industry types. This enables us to deliver deep industry expertise and understanding to our customers in the government, education, care, industrial and professional services sectors,” Koontz said.

As previously reported by ARN, Winc has been undergoing a major restructure over the past several months, resulting in a number of redundancies, which have impacted its technology and managed print services business units, along with consolidating its warehouse operations in an effort to ‘transform’ its business.

The restructure efforts come as the group appoints Peter Kelly as its new CEO across both Winc Australia and OfficeMax New Zealand. Kelly replaced Darren Fullerton who left in October last year.

“Peter brings the right passion to continue that transformation journey with more than 30 years of demonstrating strategic leadership to quickly and successfully drive business growth,” Koontz said in early March, when news of Kelly's appointment emerged.

Prior to taking on the top role, Kelly led a number of businesses in Australia and abroad, including SPC Ardmona and Coca-Cola Amatil Indonesia and South Korea. He was also the CEO for Blackwoods.

“I’m really looking forward to optimising and building on the existing foundations to unlock new growth opportunities for the business,” Kelly said upon his appointment. “I am thrilled to join the Winc team and look forward to working with our employees, customers, suppliers and other stakeholders to build on our strengths and drive the company to even greater levels of success.”

According to Winc, about 200 dedicated drivers deliver more than 50,000 boxes to customers every working day. Across both the Australian and New Zealand businesses, 2,000 employees serve the needs of over 100,000 customers from 37 locations including seven major distribution centres, five of which are in Australia.