NBN resellers get capacity boost to deal with demand surge

The additional capacity pricing relief will kick off from 23 March 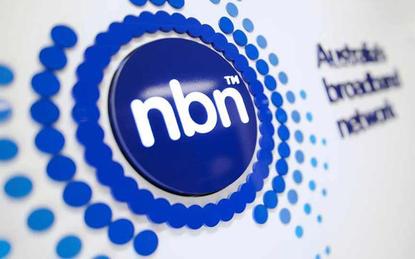 NBN Co will waive charges for additional capacity of up to 40 per cent to network retail service providers (RSPs) for at least three months in a move aimed at helping resellers cope with an anticipated surge in demand amid the ongoing coronavirus pandemic.

The additional capacity pricing relief, which will kick off from 23 March, will apply to all fixed line, fixed wireless and satellite National Broadband Network (NBN) technologies.

The move sees NBN retailers offered access to pricing relief for up to 40 per cent more Connectivity Virtual Circuit (CVC) capacity as required to help meet demand over time at no additional cost.

The CVC usage charges applied in February 2020 have been set as the baseline for the temporary offer, with any additional changes for overage that would otherwise be incurred by RSPs over the next three months set to be waived.

NBN Co said it will continue to monitor the situation in terms of any further decision making required.

“We have been in regular talks with retailers over the past couple of weeks to understand the wholesale network support they require to meet the needs of more Australians working from home and as individuals, couples and families across the nation are spending more time at home, and naturally wanting to stay productive and connected to family and friends,” NBN Co CEO Stephen Rue said.

“We’re proud to play our part to keep Australians connected and productive through this crisis. Data carriage on the NBN has already increased by around 5 - 6 percent over the last few days as customers have increasingly started to work from home. The NBN is performing well, and we have not seen or experienced any significant traffic congestion on the network.

“We are closely following events unfolding in other parts of the world and we have taken decisive action to incrementally offer pricing relief for up to 40 per cent more capacity. This is equivalent to the higher end of increased data bandwidth requirements that we have seen in countries such as Italy, which have mandated work from home arrangements,” Rue added.

According to NBN Co, the provision of additional capacity follows weeks of planning and assessment by the network builder’s engineers on its capabilities to meet the country’s growing broadband requirements as more people shift to work from home arrangements.

“We are also mindful that these are unprecedented times and remain vigilant to any unexpected market and usage changes. We will continue to work closely with retailers to support Australians during this time,” Rue said.

The move follows a period of increasing pressure from industry, politicians and others for NBN Co to up broadband capacity for RSPs as an increasing number of Australians find themselves working from home during the ongoing COVID-19 pandemic.

Just days ago, NBN Co said it would “incrementally increase” its data capacity allocation to RSPs in anticipation of a shift in peak traffic hours, although the network wholesaler remained mute at the time on calls by Labor MP Michelle Rowland to temporarily slash wholesale capacity prices during the crisis.