CEO Rene Morel will join Deloitte as a partner 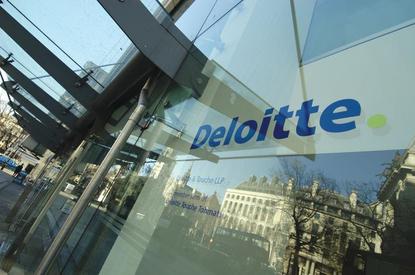 Zimbani’s chief operating officer Ben Smith will join Deloitte as a principal in the cyber practice, alongside 50 staff members,of whom will have feet under the table by next month.

According to Deloitte, Zimbani is notable in the market for its capabilities in cyber architecture and engineering, as well as its relatively strong scale in the Australian market.

Founded in 2012, Zimbani has partnerships with the likes of Splunk, NetApp and SailPoint, among others, and has worked with Australia’s four top banks - Westpac, ANZ, CBA, and NAB.

It now has offices in Sydney and also London, alongside its founding Melbourne office.

“Cyber-crime is regularly listed as one of the major business risks globally, so it is critical that businesses are on the front foot, anticipating, monitoring and managing the threats and key risk events in real time,” Deloitte Australia CEO Richard Deutsch said.

The deal, the terms of which have not disclosed, follow on from a shopping spree of Asia Pacific cyber security players by Deloitte, including purchases such as Singapore’s Practical Smarts, SecurePath in Malaysia and Code QB in Thailand.

According to Deloitte cyber leader James Nunn-Price, the addition of Zimbani will help the global systems integrator “hyperscale” its cyber security business across APAC.

The deal also marks a sign that Deloitte Australia’s appetite for acquisition will continue to feed its business this financial year, coming off the back of its mammoth purchase last year of Presence IT.

In FY 2020, it also scooped up robotics and cognitive automation company The Eclair Group and Oracle consultant NeoData Australia.

As of this time last year, Deloitte had snapped up 19 technology specialists across Australia and New Zealand within the space of five years.