Located in the Fishermans Bend region 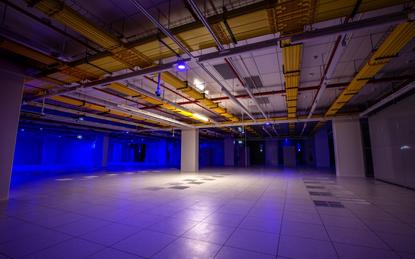 Located in Melbourne’s Fishermans Bend region next to Equinix’s ME1 data centre, ME2 has a range of interconnection options, one of which being Equinix Cloud Exchange Fabric (ECX Fabric), the data centre operator's on-demand, software-defined networking (SDN)-enabled interconnection service.

ME2 is also based in the only location in Victoria with direct access to the Victoria Internet Exchange and the Australia Singapore Cable, offering connectivity to over 50 network service providers across Equinix’s Melbourne campus, Equinix claims.

Due to the proximity to ME1, existing customers and Equinix partners can expand their service over to ME2 if they choose.

As of opening, ME2 has 2,730 square metres of colocation space. When completed, it is planned to have an estimated completed space of 8,190 square metres.

The original opening date of the data centre was originally scheduled for Q3 of 2019, but was delayed due to various factors affecting the construction process, according to Equinix.

“Five years ago, we entered the Melbourne market with our ME1 facility. In that short time, we now have four sites in two distinct campus locations across the city, containing a flourishing ecosystem that enables secure, high-speed, low-latency connections for our customers and partners,” Danskine said.

The opening of ME2 bring’s Equinix’s Australian data centre count to 17, located across Melbourne, Sydney Perth, Canberra, Adelaide and Brisbane.