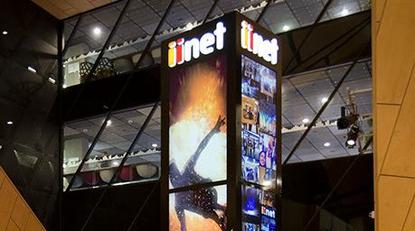 iiNet has become the latest Australian brand to be hit by phishing scam this week.

The TPG-owned internet service provider has become the subject of an account hijacking scam whereby its users are sent emails from the 'iiNet Billing Team', which aims to trick users into handing out personal data.

According to MailGuard, the email infiltrated inboxes without including a specific subject and uses the iiNet logo in its logo.

Intercepted by the Melbourne-based security company today, the email follows the classic format of telling users there is a  ‘problem with [their] current payment method’.

To ‘avoid a delay in your service’, recipients are directed to update their ‘current payment’ via a link, which lands on a fake iiNet-branded phishing page that asks for their email and passwords.

Upon ‘logging in’ users are then taken to another page titled ‘Update Processing’ that asks them to update their billing details.

After users have filled in all fields and clicked ‘update my payment details’, they’re taken to another page that asks to ‘confirm your update’ by inserting a ‘verification code’ that’s sent to their mobile.

MailGuard said the form is part of the scam and will accept any number typed in. Following this, ‘customers are directed to submit the details and then taken to a ‘Thank You’ page which includes a fake customer receipt number.

“If any user did fall victim to this scam, they are vulnerable to having their iiNet account hijacked, their credit card credentials used to make fraudulent purchases and their identity stolen,” the email filtering company said in a blog post.

Although, admittedly containing many credible elements, MailGuard pointed to several red flags in the emails.

These include the fact that the user isn’t addressed directly in the email and the email address used in the ‘from’ field doesn’t contain an iiNet domain.

“Whilst MailGuard is stopping this email scam from reaching Australian businesses, we encourage all users to be extra vigilant against this kind of email and whatever happens, do not open or click them,” the company added.