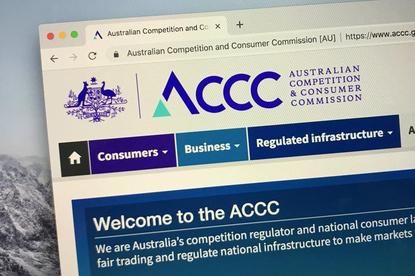 The Australian Competition and Consumer Commission (ACCC) has called a decision to allow the merger between TPG and Vodafone Hutchison Australia (VHA) a “lost once-in-a-generation opportunity for stronger competition”.

Fresh after losing its Federal Court battle to prevent the merger, the competition watchdog has claimed the decision will now mean higher mobile network prices and the continued telco triopoly of Telstra, Optus and Vodafone.

“Mobile telecommunication services are integral to Australia’s social and economic future and Telstra, Optus and Vodafone already control almost 90 per cent of the market,” ACCC chair Rod Simms said. “There is clear evidence that consumers pay more when markets are concentrated.”

“The ACCC’s concern was that with this merger, mobile data prices will be higher than they would be otherwise. These concerns were reinforced by statements from the industry welcoming the merger and the consequent ‘rational’ pricing.”

The watchdog opposed the merger last year on the grounds that it would harm local competition in Australia’s “concentrated” mobile telecommunications market.

It also argued that TPG, a fixed-line provider, was likely to continue to roll out its own mobile network and become an “innovative and disruptive competitor”.

TPG had already spent $1.26 billion on the spectrum needed to build a mobile network, plus the brands in TPG, iiNet and Internode.

“The ACCC also believes TPG has the ability and incentive to overcome technical and commercial challenges,” the watchdog added.

Simms also defended the ACCC’s decision to bring the court case in the first place, which VHA CEO Iñaki Berroeta argued allowed “free kicks” to its rivals due to the uncertainty.

“We will continue to oppose mergers that we believe will substantially lessen competition, because it’s our job to protect competition and, in doing so, ensure that Australian consumers enjoy the benefits of competition,” he said.