Nextgen preps for leadership shakeup across the Tasman

As current NZ MD gets set to depart 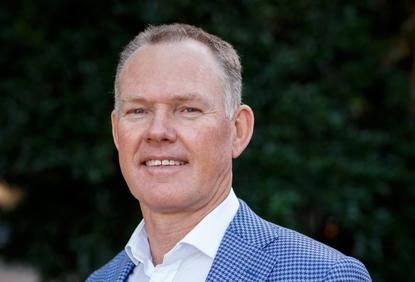 Nextgen Distribution is on the hunt for its next leader in New Zealand as the company's managing director for the country, Terry Dunn, gears up to retire from the role

Dunn, who helped to found the company, along with CEO John Walters, has been managing director of Nextgen NZ since October 2013, when Nextgen launched its Kiwi operations, opening offices in Auckland and Wellington.

“We are not exactly starting from zero," Dunn said at the time. "We have been doing some work in the New Zealand market through Australia. But our operations here will certainly take it to the next level of growth."

Now, with Dunn gearing up to “move on to greener pastures,” Walters is actively looking for a new managing director, and he is very clear that he wants a local running the business.

“I'm very parochial about the Kiwis and therefore we'll find a Kiwi to run New Zealand,” Walters told ARN. “And we'll support them; get out of their hair and support them as opposed to tell them what to do.”

While news of Dunn’s impending departure has by no means been a secret, Walters plans to formally farewell Dunn at the second annual Nextgen Leadership Forum on 13 February in Sydney.

While Dunn, who was inducted into the Reseller News Hall of Fame in 2019, transitions out of the role, Walters is content that the New Zealand business is in capable hands.

“We've got a really good young team there and it's up to me to find the right leader for them to take over the legacy that Terry's,” he said. “New Zealand's numbers this year...we're looking very strong, good, good growth, which is great.

Walters’ formal farewell for Dunn comes as the distributor signs two new vendors in quick succession, with Okta ramping up its local go-to-market efforts by striking a new distribution deal with Nextgen in Australia and New Zealand.

Just days prior to the Okta deal announcement, Nextgen revealed it had struck a distribution partnership with mobile cyber security and phishing protection vendor Lookout.