How F5 Networks is driving SaaS for A/NZ partners

Ramps up rewards for software subscription and security sales 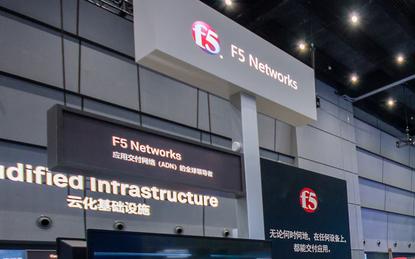 F5 Networks' global channel chief Lisa Citron is a fan of the phrase “do less, but better”, which possibly explains why out of 100 Australian partners the vendor focuses on just 20.

That isn’t to say other partners don’t get a look-in, but goes some way to explain F5’s new channel program, which will see big pay-offs for those who “wake up every day” with a mindset to evolve their business.

Key priorities, unsurprisingly given industry trends, now form subscription-based software and security, which admittedly are not the easiest to monetise for partners whose profit is rooted in big, one-off deals.

“One of the key things is that customers are moving towards Amazon (Web Services) and Microsoft (Azure) and it has changed how they want to consume,” Citron explained. "And so, ultimately, we want our partners to not lose the benefit of dollars in profitability.”

The clue to F5’s partner outlook is in the new program name: Unity ‘Plus’ — an apparently small change from the previous Unity program, which, for Citron, emphasises enhancement rather than of large structural change.

Partners on the receiving end of new financial incentives will be those selling software and security products, with added benefits increased marketing development funds and rewards for partners who create new customer demand in those specific areas.

In addition, the vendor will increase its rebates for gold and platinum partners globally plus introduce tier accelerators for all partners who up their sales in software and security on a consumption basis.

“It's really a shift away from the way we traditionally sold hardware and a move to software,” Citron explained. “It's a lot about incentive and alignment with what our goals are.”

For Stephen Richards, managing director of Brisbane-based cyber security provider and F5 partner, the pivot into operational expenditure has had its challenges, but these have largely been outweighed by the benefits.

“You build a business on big hits, big sales, big chunks of margin, but then [transitioning to OPEX] is something that comes in over a period of time. You have to get the business aligned in different ways to be able to work to maximise the value of that.

“But CAPEX expenditure is still something that I struggle with, so being able to offer [customers] a solution that is month by month and visit a manageable operating expenses opposed to a large capital expense means that they're able to take advantage of key technologies without having to have that huge upfront budget.”

Bringing all partners to the table

One of the major changes the dawn of cloud has brought to Australian partners in particular is the increase in the number of parties involved in a single customer deal.

For F5, which as Citron admits sells a spectrum of complex technologies, this situation is no different and requires partners who can execute complex architectural changes for customers, but who are unlikely to be the name on the deal registration.

To address this, F5 will roll out a referral program, which will "compensate" partners who may not have re-sold F5's solutions, but have provided a crucial role in bringing it to the customer. This, Citron hopes, will bring more consultancy-type partners on board.

“You have a partner who could also transact the deal with the end user, and then do the services,” she explained.

“Because many of those consultancies are there. They're doing big picture architecture, but they're not, but they're not resellers. We've been a very complex product; we touch a lot of things in the network. And because of that, that technology, you know that that footing in competency is really key.”

Another major component of Unity Plus is the increased investment in F5's cloud licencing program, which is designed to enable customers to manage applications that had traditionally functioned through on-premise infrastructure.

Described by Citron as being F5’s “best kept secret”, the cloud licencing program will become a focal part of Unity Plus’ roll-out in an effort to encourage partners to develop more managed service offerings, and reduce mammoth capital investment.

“With the cloud licencing program, it’s easy for partners just to say: ‘I'll sign the paper’,” Citron said. “But if you're not building that kind of [managed service] go-to-market, then it's just a piece of paper. So we'll spend this over this time in this next year working with key partners, seeing what they need to help accelerate that. And then you'll see us really come out and launch a much stronger managed service type program. It will allow a partner to sell as they consume, and then pay us based on what they actually consume.”

Initially, F5 will only invest managed services resources in partners already with an established practice -- part of Citron’s “do better with less” motto -- but eventually this is expected to trickle down the channel.

For Richards, the offering has already added “tremendous value” to Equate. “Historically we've probably been held back because of the price points associated with capital expenditure for large projects,” he explained. “So now being able to go into a 500-person company in Queensland and not have to have a $200,000 CAPEX project, but be able to deliver a service to them that provides application services on a monthly basis, managed by the Equate team. That's a real game changer for us.”

Going forward into 2020, one of F5’s biggest hurdles will be bringing its recent acquisitions of Ngnix and Shape, which collectively cost it $1.6 billion, increasingly into partners’ services and offerings.

As such, the vendor plans to bring partners up to speed on both technologies via increased training, with a new  Nginx specialisation in the pipeline.

“With Shape we see tremendous security technology that has very little footprint here in Australia, but a huge opportunity for our top partners to get involved in that,” Citron added.

Other areas of training focus will also range from artificial intelligence, cloud security and DevOps, the latter of which Citron is keen to encourage among F5 Networks' more traditional partner base.

In a first for the vendor, this training will take place on the same day as that undertaken by the generalist F5 team.

“Partners want the education they want to make their business and their consultancies better,” Citron said. “We’re very excited about that commitment and to really see our partners as a true extension of us.”