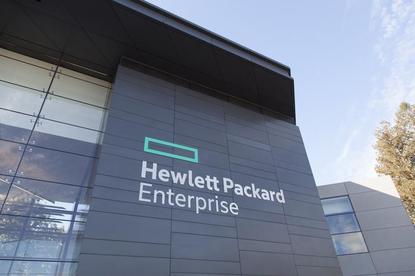 Hewlett Packard Enterprise (HPE) has hedged its bets on a fledgling cyber security start-up in an effort to ramp up its service authentication offering.

The global giant has acquired the San Francisco-based Scytale for an undisclosed sum, claiming its expertise will help deliver “HPE’s plans to deliver a dynamic, open, and secure edge-to-cloud platform”.

The start-up was a founding contributor to the Secure Production Identity Framework for Everyone (SPIFFE) and the SPIFFE Runtime Environment (SPIRE) and open source projects to the cloud ntive Computing foundation.

HPE claimed it would be fully-committed to “continuing Scytale’s stewardship and contributions to SPIFFE and SPIRE”.

“Today, digital transformation is creating countless possibilities in a world that is hyper-connected and increasingly distributed,” Dave Husak HPE fellow and GM for the Cloudless Initiative wrote in a blog post.

“Customers need a seamless edge-to-cloud architecture and experience that is also autonomous, open, and secure.  However, legacy and proprietary security models have failed to scale and keep pace in an ecosystem that is increasingly API-driven, containerised, dynamic, and spans from edge-to-cloud.”

According to HPE, the Scytale team, including its founders, Sunil James, Emiliano Berenbaum and Andrew Jessup, will join the company.

The acquisition of Scytale will tie-in nicely with HPE’s acquisition last year of MapR’s AI analytics platformand Blue Data in 2018, from which it launched the Kubernetes-Certified HPE Container Platform.

“Our goal is to deliver services and products that advance these developments, and provide our customers and partners with the fastest-possible path to application modernisation,” Husak added.

Meanwhile, Scytale’s Sunil James wrote in a blog post that, under HPE, the former start-up will “toil to maintain this transparent and vendor-neutral project, which will be fundamental in HPE's plans to deliver a dynamic, open, and secure edge-to-cloud platform”.