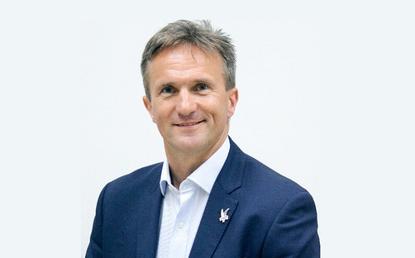 US-based software delivery platform start-up Harness.io is making its mark in the Asia Pacific market through hiring Simon Horrocks to lead the charge.

The vendor’s platform uses advanced machine learning and artificial intelligence to help automate software deployments, analyse their quality, and automatically roll back if something isn’t right.

This allows companies to conduct software changes in modern cloud and container architectures, without enduring manual processes, and results in reduced deployment times and errors.

Last year, Harness secured US$60 million in Series B funding and counts more than 50 enterprise customers including McAfee and NCR.

Horrocks, who previously worked for AppDynamics, is the driving force for the Asia Pacific market along with senior sales engineer, Gregory Kroon. He plans to ‘double’ the vendor’s headcount in the region, secure local channel partnerships and has signed its first Australian customer in Melbourne-based fintech software provider, EonX.

So far, the company is working with TL Consulting and Anatas.

“Harness is addressing a problem which every software developer worldwide is going to run into within two years.  As software teams look to move from deploying code once every six months, to dozens of times per day, they will need a continuous delivery (CD) platform to support that velocity,” Horrocks said.

"Harness is the only commercial "CD as-a-service" platform that they can turn to, and we have a two year lead over anyone else joining the fray.”

Horrocks said during his previous role with AppDynamics he scaled the business from $8 million to $74 million within three years, something that he’s confident he will surpass with Harness, but not without the help of channel partners.

“There’s no way you can scale to the kinds of numbers we want to scale to, without the channel,” he said. “My intention is to have around half a dozen partners and really focus strongly on our go-to market with two of them. That’s the plan for the first 12 months.

“When you’re starting a business with the best product/market fit, selling like hotcakes, it’s easy to become busy  - so focus remains imperative at this stage.”