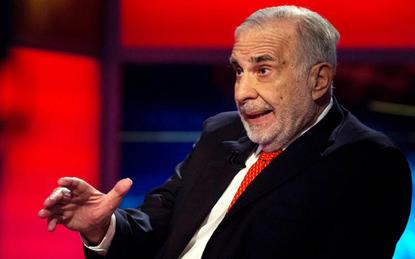 HP has taken direct aim at activist investor Carl Icahn, who has a stake in Xerox as well as HP, naming him personally in a rebuttal to Xerox’s latest attempt to effect a takeover by offering up its own candidates to stand for election to HP’s board.

Xerox announced on 23 January that it intended to nominate 11 independent candidates to replace HP’s board of directors at the vendor’s 2020 annual meeting of stockholders.

The slate candidates to be nominated by Xerox included former senior executives from several large enterprises, including Aetna, United Airlines, Hilton Hotels, Novartis, Verizon and others.

Xerox said that the candidates were chosen because of their expertise overseeing and executing significant company transformations and mergers, with demonstrated track records of creating value for shareholders.

“HP shareholders have told us they believe our acquisition proposal will bring tremendous value, which is why we lined up [US]$24 billion in binding financing commitments and a slate of highly qualified director candidates,” Xerox vice chairman and CEO John Visentin said in a statement.

“We believe HP shareholders will be better served by a new slate of independent directors who understand the challenges of operating a global enterprise and appreciate the value that can be created by realizing the synergies of a combination with Xerox,” he added.

In response, HP reiterated both its board’s position in rejecting Xerox’s previous unsolicited proposal to acquire the company and its assertion that the offer made by Xerox undervalues HP.

“We believe these nominations are a self-serving tactic by Xerox to advance its proposal, that significantly undervalues HP and creates meaningful risk to the detriment of HP shareholders,” HP said in a statement.

“We believe that Xerox’s proposal and nominations are being driven by Carl Icahn, and his large ownership position in Xerox means that his interests are not aligned with those of other HP shareholders. Due to Mr Icahn’s ownership position, he would disproportionately benefit from an acquisition of HP by Xerox at a price that undervalues HP.

“Mr Icahn has meaningful influence over Xerox and its board of directors given this ownership position; the role he played in the appointment of Xerox’s current CEO, who is a former Icahn consultant; and the ties Mr Icahn has to members of the Xerox Board, including Xerox’s Chairman, an Icahn employee.

“The HP Board is unwavering in its commitment to HP shareholders and will continue to take all appropriate actions to advance and protect HP shareholders’ best interests,” the company said.