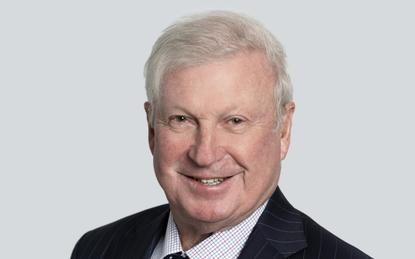 Geoff Lord, UXC founder and freshly-appointed chairman of Australian cyber security specialist Tesserent, is on the hunt for “unlocked” future value in the company, forecasting a $40 million revenue run rate by June.

The publicly-listed cyber security provider, which partners with the likes of Palo Alto Networks, Cisco, Sophos and Darktrace for its solutions offering, appointed Lord as its non-executive chairman in mid-January in a move referred to as a “major coup” for the company.

“As a new shareholder in [Tesserent], I believe there is significant unlocked future value, particularly when compared to our ASX [Australian Securities Exchange]-listed peers,” Lord told shareholders on 22 January.

The comments come as Tesserent settles into its new self-proclaimed position as “the largest ASX-listed pure cyber security business in Australia,” following a number of acquisitions in the past few months, including PS&C Security in October 2019 and NTH Consulting in December 2019.

Today, following these acquisitions, Tesserent now possesses more than 90 cyber security professionals among its ranks while claiming to have notched up over 700 customer engagements over the past three years.

Expanding upon the value he expects to see “unlocked” in Tesserent, Lord reiterated that the company expects to deliver a forward revenue run-rate of $40 million by June -- an annualised forecast based on revenue during the June 2020 quarter.

“This represents a significant increase on our previous FY2019 revenue of $5.3 million,” Lord said. “As the newly appointed chairman of [Tesserent], I am looking forward to working closely with the board and management team to achieve this and other important goals over the coming 12 months.

“My previous experience includes creating value for shareholders by transforming IT services businesses like UXC (sold for $430 million in 2016) and PrimeQ (sold for $31 million in 2019). I see significant parallels for [Tesserent], and as the largest shareholder and chairman, I’m eager to lead the company onto the same trajectory,” he added.