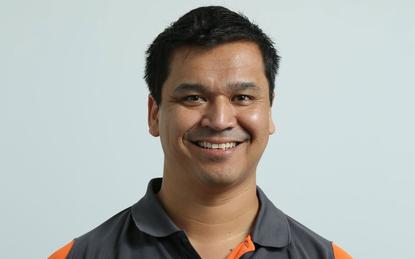 The 'ARN spotlight on' series explores partners operating in the local channel landscape right around the country, from Cape York to Hobart, Byron Bay to Fremantle and beyond. In this edition, we focus on Western Australia and West Perth-based partner TechBrain.

While it makes sense for a managed service provider (MSP) to cater to the area they’re based in, recent data has caused West Perth-based TechBrain to look further afield and expand the scope of its business.

TechBrain began in 2002 as Blue Networks and Technology, founded by Mike Fernando and Colin Thompson with the aim of being an IT support partner for small businesses in Perth.

The MSP saw strong growth over the following decade, finding a name for itself in the medical and professional services industries.

Then in 2016, the business rebranded as TechBrain under new ownership, moved to a fixed fee offering and opened itself up to non-profit and local government businesses.

Following the rebranding, over financial years 2018 and 2019 the MSP experienced 84 per cent growth.

In more recent times, the 25-employee-strong MSP has seen a further 37 per cent growth in the first six months of financial year 2020.

Speaking to ARN, Mike Fernando, general manager, cited that the Western Australia area is home to over 25,000 business, government and non-profit organisations with 10 to 200 employees, according to Census data from the Australian Bureau of Statistics.

However, Keegan Crage, non-executive director, highlighted that the MSP has its eye on an even larger slice of the pie: the nearly 300,000 business, government and non-profit organisations with 10 to 200 employees on the east coast of Australia.

“What we've identified is that the SME (small- to medium-sized enterprise) IT support space is moving quite quickly in terms of support and the way in which organisations are not only setting up their environments but having them managed,” Crage said.

“That's not just with respect to the movement to cloud but also IT security. We see it as providing a lot of growth and, from our perspective, we feel as though the last couple of years has demonstrated to us that we have a model and a methodology that has delivered good results.

“What we would like to try and do is extend the brand from Perth to a national footprint and try and implement some of the things that we've had success with into other businesses in other geographies and see if we can achieve similar success there,” he added.

That’s not to say that TechBrain will forgo its Western Australian roots; the plan is to have capital city locations in each of the states they service.

The very first partner TechBrain aligned itself with was Microsoft, which occurred during its first year of operation.

“We've started developing partnerships right from the very start. As new products and new technologies have emerged, we've sought to partner ourselves with those that we felt are relevant and suitable for what our customers need,” Crage said.

Two vendor partnerships significant to TechBrain are Watchguard and Connectwise, which the MSP aligned with in the past couple of years.

“Watchguard has been a partner that has been extremely supportive in their relationship with TechBrain. They visit us regularly and engage with us with regards to any new technologies or opportunities that may arise,” Fernando said.

“We are also a Connectwise partner. Connectwise is growing its presence in Australia and the improvement in the support since their acquisition has been notable.”

Throughout the 18 years of its operation, TechBrain has faced a few bumps along the way. For Fernando, the most significant challenge faced over the last few years of operation was when the company decided to change its payment model, bringing in new technology, customers and employees.

“We transitioned from time and materials billing to fixed fee managed services at the same time as moving to Connectwise and Xero and onboarding a raft of new customers whilst also hiring and training new team members,” Fernando said.

During this time, the MSP was more than doubling its staff count from 10 to 25 employees and was referred to internally as “no man’s land”; the business took on more tasks but additional investment went into scaling the business with the rewards coming in the long-term.

Out of this juggling act, the Connectwise implementation was seen as the most challenging, as time was needed to make a meaningful change to the MSP and, in turn, for the MSP to understand the full benefits of the technology.

The way through this period, according to Crage, was to focus on customer service and continuous improvement – what he calls the “TechBrain way”.

“The outcome was a strong team of experts who were passionate about where the business was going, what needed to be done to get there and the important role they each played in achieving that,” he said

Fernando added if he could turn back the clock and redo everything all over again, he would have brought on board more external resources to handle what he called “a significant change” in the business.

Into the New Year and beyond

The success of TechBrain, according to Crage, is due to “identifying superstars and then inspiring them to be the best version of themselves”.

“With a strong focus on culture and core values we want to be as proud of the people we develop as we are of the business we build. That provides the foundation from which we can fulfil our purpose, which is to deliver intelligent solutions and exceptional service that wows the customer,” he said.

TechBrain’s plan to expand its national footprint is expected to be realised this year, as Crage highlighted that the business had already opened talks with other businesses.

“TechBrain has already had a number of discussions with owners of east coast MSPs looking to sell or partner with TechBrain and we expect that establishing on the east coast in 2020 will take us a long way towards our vision to be the most trusted SME IT support business in Australia,” Crage said.

In addition, the MSP has also set up a franchising model, which according to Crage is ready for use.

“We have created a franchising model to help existing IT support businesses grow revenue, increase profitability and benefit from being part of a collaborative team,” he said.

Want to be featured in 'ARN spotlight on'? Send an email to arn@idg.com.au with the contact details of the partner you’d like to nominate for us to profile.