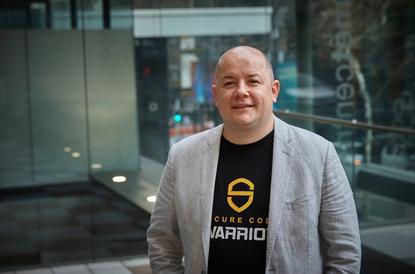 The $70 million funding was led by Goldman Sachs, ForgePoint Capital and Cisco, along with existing investors from AirTree Ventures and Paladin Group.

Founded in 2015 by cyber security experts Pieter Danhieux and Matias Madou, Secure Code Warrior enables developers to build secure code rather than having to review or retrofit security during or after development.

It also provides gamified developer training and can auto correct code security errors as code is being written.

The investment will be put towards ongoing product innovation, establishing new operations globally and expanding its presence in Asia Pacific, marking Singapore as a starting point.

In September 2018, the start-up attracted $US3.5 million in venture capital funding, and counts Telstra, Woolworths, Xero and ING Bank among its local customer portfolio.

During the past 12 months, the company has added a second Sydney office space and has ambitions to grow an additional 70 per cent in the year ahead.

It is currently seeking to fill 70 job vacancies with nearly 30 spots up for grabs within its onshore research and development team, as it plans to reinvest 35 per cent into such initiatives.

“We are committed to ongoing investment in customer success with our talented team in Australia and beyond,” Secure Code Warrior co-founder and CEO, Pieter Danhieux, said.

“I’m also proud that we have almost reached parity between female and male roles, and this new investment round allows us to accelerate a business model that functions globally from our base in Sydney.”

“As organisations around the world increase their reliance on software, the need for secure code and a security mindset championed by developers has never been more important.”