The company has been missing its own complaint targets 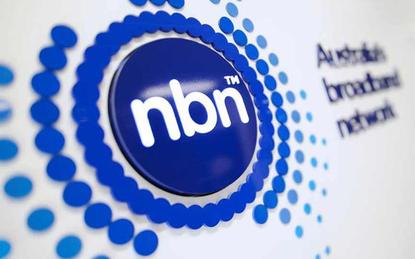 NBN Co is not reaching its own timeliness targets for managing connection-related complaints and has not attempted to analyse the cause of complaints, the Australian National Audit Office (ANAO) has found.

Spanning a year from 16 March 2018 to 28 March 2019, NBN Co’s operations were audited to assess the effectiveness of its service continuity operations in relation to the migration of telecommunication services, according to a new audit report by the ANAO.

The ANAO used three criteria to assess NBN Co, focusing on whether NBN Co is effectively informing end users about connections, managing its complaint process in general and managing connection-related complaints in particular.

The conclusions the report came to were that, while NBN Co is effectively informing and educating users about the connection process and the complaint process relating to managing service continuity is largely effective, connection-related complaints have only been “partially effective” in their management.

Specifically, complaints about connections are not meeting NBN Co’s own timeliness targets and processes for ongoing or systemic analysis of complaints are yet to be established.

According to the report, NBN Co holds a complaint resolution key performance indicator (KPI) of 93 per cent with three complaint categories of formal, complex and urgent. Under the audited period, the combined resolution for formal and complex complaints was at 87.7 per cent, below the target of 93 per cent.

When looking at the percentage of urgent complaint resolution, 45.5 per cent met NBN Co’s standards, well below the resolution target.

Complaints that are not met by the KPI end up not being resolved in a timely manner, the report claimed.

Timeliness targets for service faults are also not being met, with 89 per cent of standard connection service faults were resolved by NBN Co’s standards, while the target is at 90 per cent.

Additionally, 95 per cent of priority assistance service faults were resolved to standard when the target is at 100 per cent.

NBN Co is working towards addressing this issue however, with the report referring to a program of work being underway to improve service assurance and fault resolution.

This program is planned to cut down both the number of faults and situations when technicians are needed in person.

NBN Co claimed it goes through regular internal reporting on complaint and resolution volumes but was unable to show during the audit that it performs ongoing or systemic analysis of connection-related complaint causes, either within the company or with retail service providers.

The report also mentioned that although internal policies, guidance and quality assurance processes in place for the receipt and management of complaints are effective, the public guidance established to assist end users lodge complaints needs work on its “completeness” and accessibility.

The three recommendations the report made were for NBN Co to:

The company agreed to all three recommendations, but added its own comments in response to the audit.

On the first recommendation, NBN Co stated that it has a board endorsed risk management policy with risks regularly stressed tested, but added that due to “the increased maturity in risk management practices, this process will and should continue to evolve”.

In response to the second recommendation, NBN Co claimed that as they as a wholesaler, they are not subjected to all parts of the Telecommunications (Consumer Complaints Handling) Industry Standard 2018, as the standard is aimed at retail service providers.

“However NBN Co is required to provide ‘reasonable assistance’ when the complaint relates to matters within NBN CO’s span of responsibility.”

The response continued, stating that while NBN Co’s complaint management system was deemed to be “largely effective”, the company agreed that “it is good governance to update the policy to reflect the most recent standard, which is reviewed on a two year basis”.

NBN Co’s response to the third recommendation said although it takes its management and analysis of complaints data seriously, there was room to make the process “more regular and ongoing”.