Nitro will price its offering at $1.72 per share, aiming to raise about $75 million 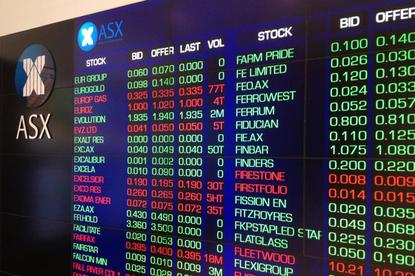 US firm Nitro Software said it plans to raise $110.2 million through an initial public offering (IPO) in Australia, braving a tough local market where several listings have recently been pulled.

San Francisco-based Nitro will price its offering at $1.72 per share, with existing shareholders continuing to hold about 66.1 per cent of available issued shares, giving it a market value of about $324.9 million.

Nitro's decision comes after six IPOs were cancelled in October alone, including online realty company PropertyGuru and franchise network Retail Zoo, due to weak investor sentiment on the back of heightened global risks and lofty valuations.

Nitro, a rival of Adobe, was founded in Melbourne in 2005. It provides portable document format, or PDF, tools to its more than 1.8 million licensed users.

The book-build, led by Morgan Stanley, will begin on November 29 with trading on the Australian Securities Exchange (ASX) due to start on December 11.

Around $65.8 million will be raised through the new shares issue, with the remainder from a secondary share offer to existing shareholders.