CompTIA: the IT channel is being forced out of its comfort zone

As complexity increases, so do opportunities for skilled channel partners 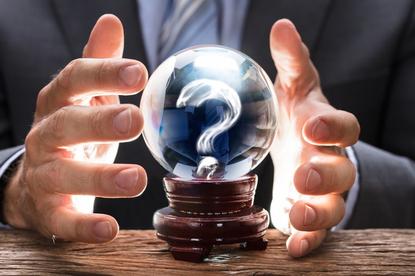 CompTIA calls its channel changes for 2020.

Technology and the business of selling it has grown far more complex, presenting serious challenges to the IT channel, according to a new CompTIA report.

The cloud has transformed what was once a fairly stable set of infrastructure products into myriad choices around software-as-a-service applications, data tools, and a stack of emerging technologies, the IT Industry Outlook 2020 report has found.

That complexity is leading in turn to longer sales cycles and increased demand for skills.

"As a result of this complexity, integration work and security considerations have ratcheted up, making the channel’s job more and more challenging."

To thrive channel businesses will have to get out of their comfort zone and invest in skills training, expanding their market reach to new customers and verticals, partnering with potential competitors and embracing emerging tech.

Six in 10 channel firms said the leading factor that will ensure robust growth for them will be their ability to reach new customer segments followed by picking up additional business from existing clients.

"This is especially true with managed services providers for whom upselling current customers to additional types or tiers of services is often the key to growing revenue and profit margin," CompTIA's research found.

The channel’s top worries are labor costs and the ability to hire employees with skills that map to today’s complex technology demands.

"It’s an interesting conundrum: on the one hand, you need employees with sophisticated skills to succeed in the digital age, but on the other hand, such employees – if you find them – will likely sit at the higher end of the pay scale."

The potential for a tech backlash and increased regulation is also causing concern.

"Privacy violations, data breaches, social media-enabled election interference, and other controversies have thrust the industry, and many of its leading corporations, into the media spotlight and the government’s watchdog lens," the report said.

While margins on some emerging technologies can be low, there is still real enthusiasm in the channel, where businesses see emerging tech as a means to cement future relevance in the industry and drive sales. 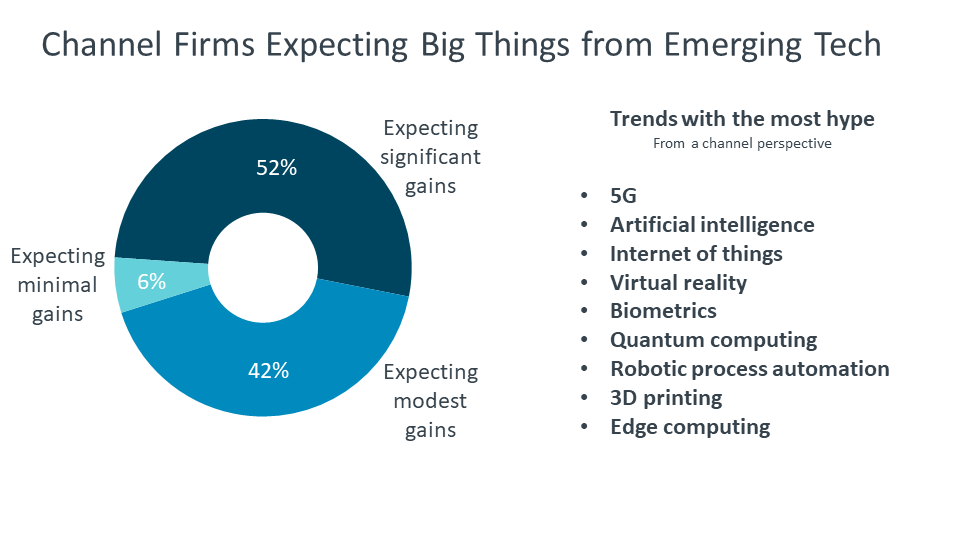 But the channel also needs to be wary of "adoption exuberance"

"A quarter of channel firms say their customers are actually overwhelmed by the array of choices and the media bombardment about new, shiny stuff," the report found. "As a result, they have decided to take it slow and focus more on the basics of their tech needs, such as security and infrastructure."