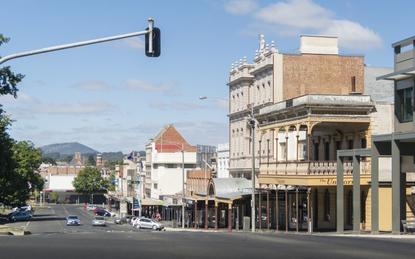 Victoria’s state government has launched a plan to enhance connectivity in the Central Highlands in a bid to close the digital gap between urban and rural users.

Dubbed the Central Highlands Digital Plan, the $1-million-dollar initiative is being funded by a portion of Victoria's Connecting Regional Communities Program.

Focusing on Ballarat, Moorabool, the Golden Plains, Hepburn, Ararat and Pyrenees areas, the plan aims to help areas lacking business-grade NBN service over the next three to five years.

The blueprint looks at improving mobile coverage, public Wi-Fi, low-bandwidth supporting internet of things (IoT) networks, access to government assets and digital literacy of the workforce over the time period.

In order to do so, it recommends local governments use their powers to fix mobile blackspots and suggests locations for NBN deployment.

The plan also recommends the NBN Co restructures its wholesale pricing to lower retail prices, thereby encouraging a greater uptake of network connections. If the NBN Co fails to do so, then telecommunications carriers should step in and provide competing broadband solutions, the report added.

“Regional communities and businesses deserve high-quality, reliable digital infrastructure and services, and this first-of-its-kind digital plan will pave the way for better connectivity,” he said.

The Central Highlands Digital Plan is one of nine digital plans being developed by the state government, with the other eight plans to be revealed over the coming months.