Profit plummets by more than a half 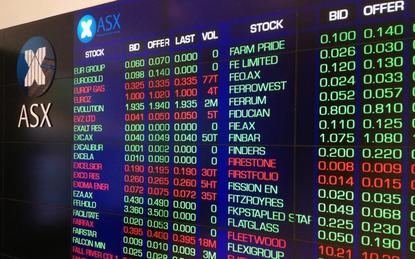 The publicly-listed telecommunications provider attributed the fall to the end of the mobile network roll-out announced in January 2019, which gave rise to an impairment expense of $236.8 million and a significant increase in amortisation and interest expense related to spectrum licenses.

There was also a $9 million one-off transaction cost related to the proposed merger with Vodafone Hutchinson Australia (VHA).

Earnings continued to be impacted by the loss of margin as DSL and home phone customers migrate to low-margin NBN services. The company had a $50 million guidance but closed FY19 with $47 million.

There was $57 million of other EBITDA growth driven by its corporate division, which included an uplift in contribution from the VHA fibre contract, and the continued realisation of operating expense efficiencies across the group.

The actual 'other' growth comprises $72 million partly offset by a $15 million decline in profitability as a result of NBN pricing change on existing subscriber base.

This decrease was due to the results of ongoing operating cost optimisation work, TPG told shareholders.
The gross profit decline is driven by broadband gross margin erosion and loss of home phone voice revenue, both due to the NBN roll-out, it explained.

Meanwhile, the corporate segment achieved EBITDA of $367.1 million for FY19 compared to $329.7 million for FY18. TPG said NBN complements its network and increases opportunity for its corporate division.

The $37.4 million increase was driven by a significant step up in the contribution from the contract to provide fibre services to VHA, complemented by other on-net fibre sales, TPG explained.

"The continued shift towards revenue delivered on the group’s owned fibre infrastructure helped lift the corporate segment EBITDA margin to 48 per cent in FY19 compared to 44 per cent in FY18," TPG stated.

In May, the ACCC opposed to the proposed $15 billion merger between TPG and VHA. Ultimately, ACCC chair Rod Sims said that if the proposed merger does not proceed there is a real chance TPG will roll out a mobile network.

Soon after, both telcos filed legal action in response to the ACCC's decision.

In a statement of claim filed in the Federal Court of Australia, VHA said its financial position is such that its ability to undertake an upgrade of its RAN and address the growing congestion on the VHA Mobile Network is limited.

The Federal Court hearing is scheduled to commence on 10 September 2019 and complete within three weeks.

TPG's guidance for FY20 is between $735-750 million, excluding Singapore EBITDA Australian mobile network operating costs and the impact of planned merger with VHA.