Half year profit grew by more than 50 per cent 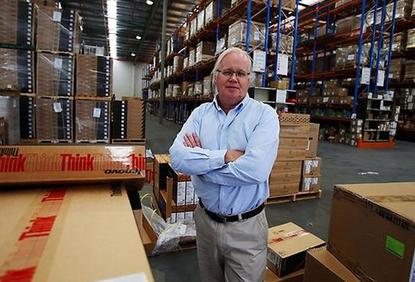 With hardware sales as its main revenue generator, Dicker Data expects to see further growth in device and PC sales in the next 12 months with Microsoft Windows 7 support ending in January 2020.

This is expected to drive a major refresh cycle in all corporate and commercial devices moving to Windows 10 Operating System platform, the publicly-listed distributor told shareholders on 28 August.

Dicker Data's revenue for the half year ended 30 June was $852 million, of that $607 million came from the sale of hardware products. Software licensing, including cloud products, brought $176 million for the distributor, with the remaining revenue generators being sales of third-party warranties and services, third-party logistics and configuration services and agent commission, or partner services.

Some of these vendors include Nutanix and Honeywell across Australia and New Zealand and Telesmart in New Zealand.

Australia revenue sales increased by $120.4 million, or more than 17 per cent and in New Zealand sales revenue grew by $14 million, more than 36 per cent.

According to the distributor, the key growth areas for the second half will be hybrid IT infrastructure, edge computing and as-a-service procurement.

"Managed services providers are the fastest growing partner segment and our vendors are capitalising on it. We are seeing strong adoption of multi-cloud environment: on-premise, private and public clouds are all experiencing strong double digit growth," the company explained.

Dicker Data expects to achieve previous guidance of $51.4 million in pre-tax operating profit for FY19, which is currently $32 million.

The company grew its headcount from 420 to 471, a six per cent increase to support new vendors. Dicker Data plans further investments in its headcount in the current half.

In 1 August, the distributor announced the sale of its distribution location in for $36 million as it makes way to build a bigger distribution facility next door.

In June it launched a new financial services division to help address the services market shift from IT procurement to as-a-service models. Called Dicker Data Financial Services (DDFS), it offers by-the-month payment solutions that can be tailored to suit partners and their customers' requirements, and will be led by the general manager of the division, Drew Ritchie.