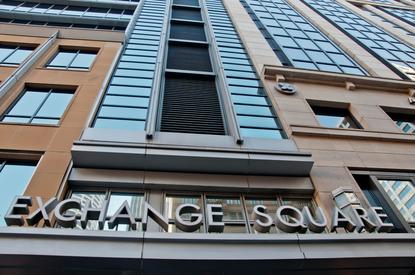 The operator of the Australian Securities Exchange, ASX has signed a memorandum of understanding (MOU) with Digital Asset (DA) and VMware to back its work on distributed ledger technology (DLT) initiatives spanning Australia and New Zealand.

Under the MOU, ASX said its DLT offering will be provided with the support of Digital Asset and VMware including the development of the application to replace CHESS; and the support of DAML  - the open source smart contract programming language used to build distributed applications.

This also includes the provision and support of the distributed ledger and associated infrastructure, which "delivers ASX’s data privacy, confidentiality and security requirements at greater scale," ASX said.

Furthermore, the partnership will strengthen its ability to support the financial services industry using the infrastructure to create new services and innovations beyond clearing and settlement.

The trio, which are also working on legal documentation, will also work together to provide and support DLT solutions to other customers in Australia and New Zealand.

“This new partnership is a very positive development that will help us support a wider range of DLT solutions developed by the industry. It confirms our belief in the potential of DLT as we remain on track to deliver the CHESS replacement system in March-April 2021,” ASX deputy CEO, Peter Hiom, said.

In the meantime, software for the new system to replace CHESS is being progressively deployed within ASX’s Customer Development Environment, where customers and their service providers have begun exploring the clearing and settlement functionality of the new system.

“We continue to achieve our milestones to deliver a production-grade, scalable distributed ledger solution for CHESS. VMware is now part of the mission we share with ASX to deliver a DAML-based distributed infrastructure to realise the full potential of this technology,” Digital Asset CEO and co-founder, Yuval Rooz, added.

“We’re working closely with DA and ASX on a combined offering to provide the enterprise-grade foundation for ASX, and we look forward to expanding our relationship,” he said.

In April, the ASX began offering its customers access to a development environment for its new blockchain-based replacement for CHESS.

CHESS — Clearing House Electronic Subregister System — currently facilitates clearing, settlement, and asset registration for the exchange. ASX says that although Cobol-based system, which was implemented in 1994, remains stable, its replacement will offer a range of advantages to market participants.

Julia Talevski attended VMworld 2019 in San Francisco as a guest of VMware.