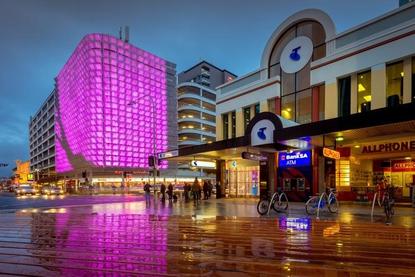 Publicly-listed Vita Group has once again pledged to lose sales remuneration from Telstra in exchange for a greater retail store presence.

In its annual results, the Australian retailer agreed to forgo “legacy” networking sales revenue from Telstra, valued between $12-to-$13 million, in order to boost its store presence from 102 to 115.

As a result, the company hopes to plug the revenue gap by boosting sales of hardware, accessories and add-ons from the retail stores.

In addition, the deal came in exchange for the introduction of annual performance-based extension options for its master licence tenure, which it recently extended to June 2024.

This is not the first time Vita Group has swapped Telstra sales revenue for increased retail presence, having signalled a similar move in its financial results for 2017. In addition to its 102 stores, Vita Group also operates four Telstra Business Technology Centres (TBTC).

The results, for the year ending 30 June 2019, were on the whole positive for Vita Group, with revenue rising by 10 per cent year-on-year to $753.7 million, a record according to the company.

Earnings before interest, tax, depreciation and amortisation (EBITDA) reached  $45.8 million, a 12 per cent rise from 2018, while net profit after tax (NPAT) increased by 10 per cent to $24.3 million.

The majority of revenue, valued at $739.3 million, was generated from Vita’s ICT division, which “delivered growth through improvements in plan mix, hardware and adjacent categories”, the company said.

Revenues grew 17 per cent in the retail ICT  channel, while its business ICT revenues fell 42 per cent.

According to Vita, this stemmed from “structural changes in the channel including the transition of small business customers into retail  ICT”.

The introduction of larger geographical territories and a greater focus on higher-value customers was also cited as a factor in the declining business revenue.

“I am constantly amazed by the passion, commitment and creativity of the Vita team, their ability to execute our plan and deliver exceptional experiences for our customers. I would like to sincerely thank them for the great work they do, and our shareholders for their continued support.”