Crayon officially touches down in Australia 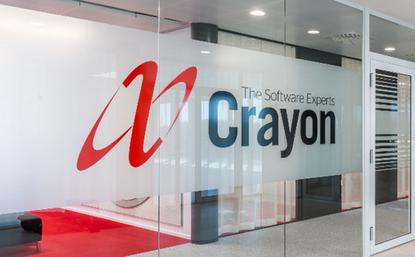 The software company has also hired Rhonda Robati as its vice president of sales and operations in Asia Pacific.

During its launch event held in Sydney, Jensen outlined his ambitions for the software company. He firstly joined Crayon last year as part of an acquisition of Tribal Knowledge and became its Asia Pacific software cloud and analytics director, based in Singapore.

Jensen took up the A/NZ CEO role in April, and will eventually relocate to Australia.

“The company started a bit faster than expected, because we took an opportunity to acquire nine staff from Flexera software who are based in Sydney and Melbourne. They had the skills, consulting services and sales ability to essentially build up the acquisition,” Jensen said.

“Moving forward, we continue to focus on software and IT asset management, and to expand that into cloud services as well, so that we’re delivering a full range of management services.”

Additionally, Jensen said it has engaged with services providers such as DXC Technology, Dimension Data (now known as NTT) and it was formulating a centre of excellence in SAM through those providers.

“We’re working through those IT service providers and as we grow into a more licensing environment, we’ll start to build the channel partner base here, as we have done in Singapore, Europe and globally,” he said.

In Australia, Jensen said it was seeking out both organic and in-organic growth, in terms of building up its customer base within large enterprises and government entities. Crayon already counts ANZ and CBA among its Australian customer base.

“As the requirements grow in the consulting area, we’ll grow our team,” he said. “We do have a full team in Asia that become our backup to provide skill sets. We do work in a very niche market area and we’ll be expanding the sales team.

“Our in-organic approach, we’re looking at possible acquisitions. This is a standard approach for Crayon, we like to dynamically build the organisation.”

Crayon vice president for APAC Florent Bellahsene added that in the region it has about 300 partners that are provisioning cloud services using its IP and platform.

“We expect to build, grow and support channel partners in Australia with their transformation,” Bellahsene said. “With analytics and services we are transforming those partners to better understand their customer needs, positioning and cloud consumption.”

Globally, Microsoft is one of Crayon’s largest technology partners. Prior to joining Crayon, Robati worked for NetSuite, Velpic, GeoOp and Salesforce.

She will be focused on leveraging the vendor’s existing relationships from across Asia and its headquarters to add to the solutions tool kit for its Australian branch, as well as using partners to help address customer pain points.

Recently Crayon was selected as the 2019 Microsoft Country Partner of the Year Award in the Philippines, for “demonstrating excellence” in innovation and implementation of customer solutions based on Microsoft technology.