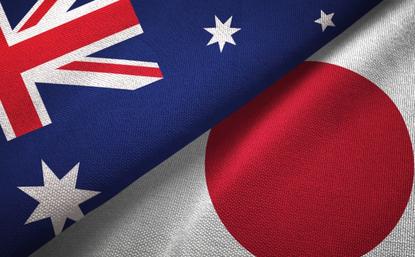 Rhipe has entered into a joint-venture with Microsoft partner Japan Business Systems (JBS) that will see the distributor enter the Japanese market.

According to JBS president Yukihiro Makita, the move has been in the making for the past year.

"This is something that we have been working towards for over a year with the strong support of executives from within Microsoft, both in Japan and in the United States," Makita said. "We believe the launch of a Microsoft subscription business to SMB resellers could present a new opportunity that has not been well addressed by any other companies in the Japanese market."

Established in 1990 and with more than 2,000 employees, JBS will own 20 per cent of the joint venture with Rhipe retaining 80 per cent of it.

It will be in charge of providing at cost local personnel, office space, localisation, market knowledge and support for the operational launch.

In return, Rhipe will be responsible for all other aspects of the joint venture including the use of Rhipe’s Platform for Recurring Subscription Management (PRISM), business planning, market launch, and back-office operations.

According to Rhipe, Microsoft Japan is aware of the plan and believes that Rhipe’s credentials in APAC will place it in a strong position to assist in growing Japan’s CSP business, especially in the small and medium sized business (SMB) market.

“The announcement of this JV [joint venture] with JBS is a significant step in Rhipe’s ongoing expansion," Rhipe CEO Dominic O'Hanlon said. "Japan represents one of the largest markets in the world for Microsoft, yet the migration away from on premises to cloud-based computing is relatively immature compared to many other countries.

"We know that Rhipe’s PRISM platform and product marketing capabilities will provide a fresh approach to assisting Microsoft Japan in reaching new customers, particularly in small and medium sized reseller businesses. The combination of Rhipe with the highly respected market position, technical capabilities, and strong relationships that JBS has in Japan is a very exciting prospect for all three companies," O'Hanlon added.