Anthony Stewart brings with him 20 years of experience 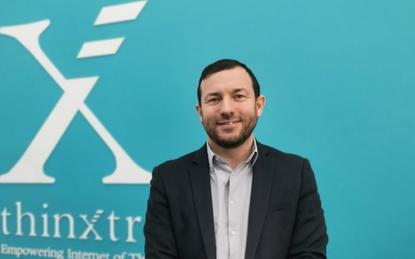 Stewart is based in Sydney and started on the new role on 5 August. He was previously associate director of IoT M2M at Singtel Optus.

“I have been a long time advocate of IoT and the positive impact it will have on businesses in terms of efficiency and sustainability, and the resulting impacts on our quality of life,” Stewart said.

“For the last four years we have been doing the ground work required to position Thinxtra as the leading IoT-telco in ANZ and HK,” Barancourt said.

“We see rapidly increasing adoption and now is the right time for us to grow our team with an industry heavyweight such as Anthony. Welcoming Anthony aboard confirms our commitment to continue to build the most experienced and customer outcome obsessed team of IoT leaders in the region.”