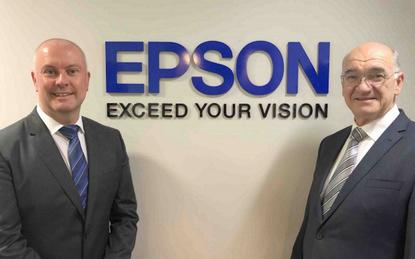 Epson Australia and New Zealand boss Bruno Turcato has left the company after 30 years in order to retire.

Turcato, who held the title of Epson Australia MD for 16 years, will officially leave at the end of September 2019 from when Craig Heckenberg will take over.

Turcato initially joined Epson Australia as financial controller before being promoted to general manager, eventually becoming the first non-Japanese MD of an Epson subsidiary in 2003.

According to Epson, Turcato helped grow the company’s evolution from selling matrix printers and PCs to inkjet printers and projectors.

“I would like to take this opportunity to congratulate Bruno on his amazing 30 year career at Epson. His leadership and presence will be sorely missed by the entire Epson family and we wish him all the very best in retirement,” Heckenberg said.

Heckenberg has spent 19 years with the company, most recently becoming GM of Epson Australia, and was described as helping grow its commercial print revenue by more than 450 per cent and printer sales by over 170 per cent.

In his new role, Heckenberg will be responsible for Epson’s entire product portfolio of printers, scanners, projectors, commercial and industrial products for the A/NZ region. He will also set the company’s overall strategy, policy, planning and business management goals, Epson added.

“I love what Epson stands for and its vision to ‘make the world a better place’, and I am very excited about the company’s future,” Heckenberg added. “I am particularly looking forward to creating a new era for Epson in the A/NZ region. My goal is to make Epson an indispensable company for our customers and society by continuing to raise our standards of excellence in all areas of the business.”